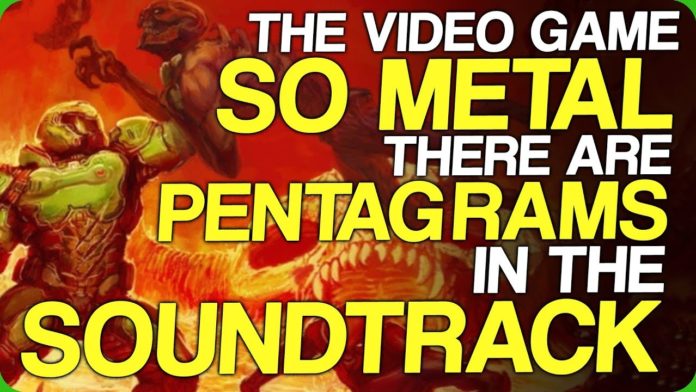 DOOM is a video game franchise that has long established that the amount of shits it give could be calculated on one hand by a kid who likes to play with fireworks. True to its roots the 2016 reboot of the series is unabashedly metal as fuck and has a soundtrack that hits your ears like a dumptruck full of Fury Road DVDs. It’s also full of demonic images.

To be clear we don’t mean that like, there’s a voice layered somewhere in the soundtrack telling you to hail Satan or some pussy shit like that, we mean that if you look at some tracks using a spectrogram, demonic imagery will flicker onto the screen like your listening to it through a possessed version of Windows Media Player. 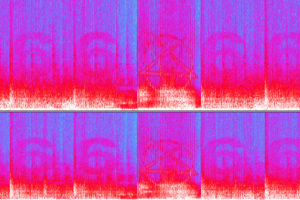 The soundtrack was largely composed by one Mick Gordon, who went out of his way to make sure the soundtrack was as true to the original as possible while also making a concerted effort to make it heavier and more visceral. The best example of this is DOOM’s iconic theme, EP1M1, which Gordon modernised by dunking it in a vat of mercury and and handing at an empty bag of fucks.

Gordon additionally used every piece of technology he could get his hands on to make the soundtrack as meaty as possible, composing tracks on 7,8 and 9 string guitars to attain a more guttural, chugging sound for riffs and filtering noises through multiple devices to make it sound more distorted. He also filled it chock-full of Easter eggs, something DOOM is famous for.

Music wise, along with hiding some of the original riffs deep within the bowels of his original compositions, Gordon hid various demonic images like those seen above in in the lower, unheard frequencies of various song, the full extent of which we’ve apparently not yet discovered.

While there’s no real way to actually hear these various Easter eggs due to them being hidden amongst the inaudible frequencies of the song, it’s kinda neat that a series that originally caused parents to lose their shit because of its violent, satanic content was able to literally get away beaming pentagrams directly into people’s brains, as a joke. How far we’ve come since the 90’s, eh?