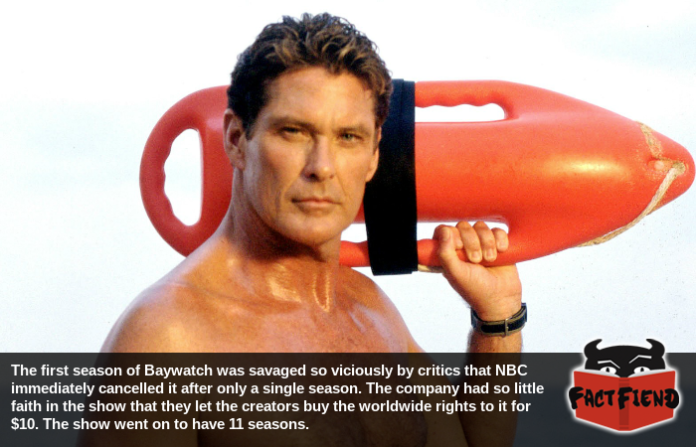 During the 1990’s Baywatch was a bona fide cultural juggernaut that was on the front of more magazine’s than Pamela Anderson’s chest. Oddly, despite running for 11 straight seasons and starring some of the most famous people in the world, the company who originally owned it literally thought the concept was worth less than a couple of Big Macs.

You see, according to the creators of Baywatch NBC pretty much shit all over the idea from the moment it was conceived, telling them that they didn’t think the concept of a show about lifeguards rescuing people was sexy enough. 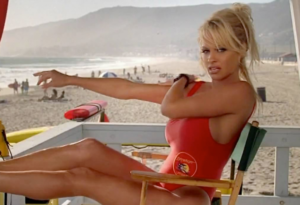 Specifically NBC didn’t think a bunch of supermodel-looking men and women running around half-naked in slow motion would keep the attention of audiences and urged the creators to turn it into a “gritty crime drama” with giant set pieces but also to keep the budget down. These arguments raged during production for the entire first season of the show after a feature length pilot did reasonably well with audiences and after a while the creators got so sick of NBC’s shit they unilaterally decided “fuck this”.

The thing is, two of the creators of the show, Michael Berk and Douglas Schwartz, genuinely thought the idea had potential after a European company had called them asking if there were anymore episodes of the show to buy. As a result they ended up asking GTG, the company who’d financed the show, if they could buy back the rights to it.

Now at this point GTG had gone under and the man with the authority to make that decision, Grant Tinker, had long since stopped giving a fuck so to such an extent he literally laughed out loud when Berk and Schwartz asked him, saying they could have the show for $10. Amazingly the only proviso the pair had for owning the exclusive distribution rights, world wide, to Baywatch was the promise they’d pay GTG $5,000 if they ever managed to make another episode of the show. Fun fact, they ended up making like 200 of them.

With the rights secured the pair put the word out they were accepting offers for syndication and were immediately offered $400,000 per episode from a German-owned company who reasoned that any show starring David Hasselhoff would be a hit in their country. 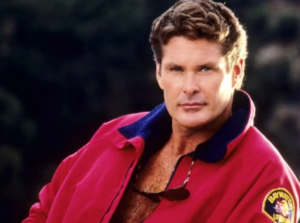 The pair then managed to get additional funding from British broadcaster ITV on the condition that they made the show family friendly. A fact that almost resulted in Pamela Anderson never been cast after Hasselhoff (who was an executive producer on the show) told production not to hire her. Reportedly while storming off and saying “this is a family show” after noticing how gigantic her breasts were.

According to legend Hasselhoff was worried about Anderson’s ample cleavage upstaging him, though he would later claim that this wasn’t true and that he immediately changed his mind about hiring her after seeing her in costume. Which, well makes sense because damn … 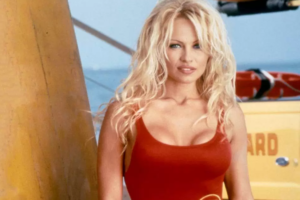 The final proviso handed down by companies the pair managed to secure funding from to not go over budget, which they managed to do by firing half the writers and slimming down the show’s cast so that storylines mostly revolved around Anderson and Hasselhoff’s chest.