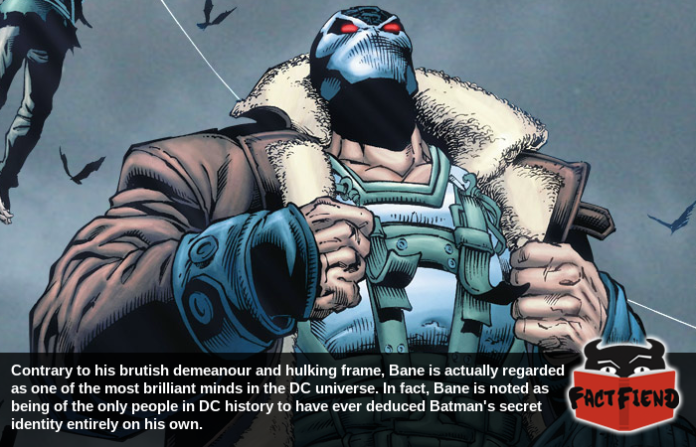 Bane is DC villain best known for his giant, hulking frame, addiction to turbo-steroids and that one time he snapped Batman’s spine in half. Curiously, despite looking like a brutish thug, Bane possesses one of the keenest minds in the entire DC universe. Which isn’t too bad for a guy whose entire childhood was spent in mega-prison.

That prison was Peña Duro, a brutal, near inhospitable shit-hole located in scenic, Santa Prisca. A fictional country known mainly in DC canon for being in a near-perpetual state of political unrest. Although widely considered to be as close to Hell on Earth as you can get by denizens of the DC universe, Bane thought of it as home. Which makes considering he was born there. 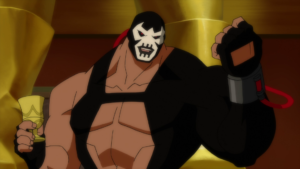 Now while you’d think being born into one of the most unforgiving environments on Earth would be detrimental to a young man’s upbringing, Bane turned it to his advantage. The most obvious example of this being his prodigious size and strength, which were honed through years of fistfights with hardened criminals and presumably, lots of milk and push-ups.

According to Bane he never lost a fight while in prison, not because of massive size, but because of a special kind of meditation he invented that allow him to become “very rock of Peña Dura“, essentially making him unbeatable in hand-to-hand combat. Through meditation Bane was also able to “leave” the prison whenever he felt like it, meaning he basically invented a form of pseudo-astral projection. 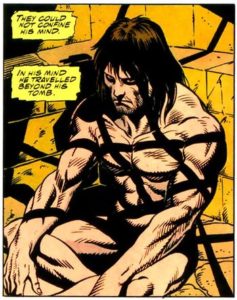 Bane’s supreme control over his mind is such that he is said to possess an eidetic memory with “absolute recall” over any and all information he encounters. Something he utilised in prison to memorise every encyclopedia and reference book he could find making him an expert on near-enough every subject on Earth. In addition Bane has read and memorised countless instruction manuals to utilise this knowledge, giving him what would amount to a degree in dozens of subjects. As if that wasn’t OP enough, Bane can also speak 10 languages, is a master of escapology and even once created his own form of martial arts.

Perhaps Bane’s greatest feat of mental acuity though is when he decided to just up and figure out Batman’s secret identity. Something nobody in the DC universe has ever done without help. A fact that didn’t stop Bane figuring it out in just under a year by recognising that Batman’s body language was the same as Bruce Wayne’s. 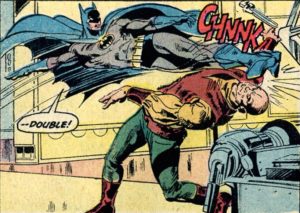 Something made all the more impressive when you realise that, while Bane knows who Batman is, Bane’s secret identity isn’t known to the Dark Knight or indeed anyone. Meaning Bane has actually accomplished something Batman hasn’t, keeping his secret identity a fucking secret.