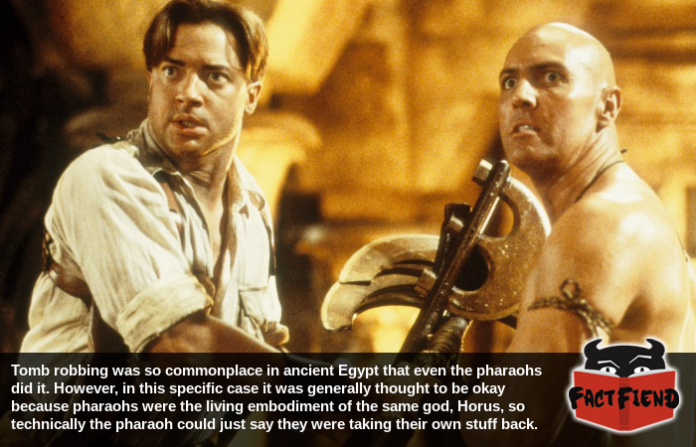 Few historical rulers have been dunked on quite as hard as the pharaohs of ancient Egypt, something we say given the alarming regularity with which even the most powerful and well known pharaohs had their shit stolen by thieves and explorers centuries after their death. Which sounds annoying sure, but probably not as annoying as being robbed by your own ancestors moments after you died.

First though, it’s probably important to clarify just how ubiquitous the act of graverobbing was in ancient Egypt because holy shit did it happen a lot, with almost every level of Egyptian society getting in on the action. For example, noble Egyptian families would routinely plunder the burial chambers of their own grandparents, sometimes going as far as emptying the sarcophagus of a beloved family member and dumping their mummifed corpse into the Nile just to use it for themselves. Which, well, we kind of respect for the sheer audacity.

Moving on to the lower end of Egyptian society you had slaves who would rob the tombs of nobles and pharaohs they’d just helped build, using their knowledge of its layout to sneak in and steal everything that wasn’t nailed down. Which as you might imagine, annoyed the pharaohs. 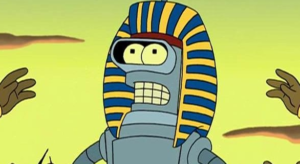 In an attempt to curtail the widespread looting of tombs pharaohs would mete out increasingly harsh penalties to anyone caught doing it, which did approximately fuck all to dissuade anyone because the potential booty was just too tempting. This resulted in one Pharaoh Amenhotep building an entire village designed to house workers tasked with building the tombs of nobility. The thinking being that the workers, being reliant on him for food, water and pretty much everything else they needed to live, wouldn’t want to risk earning his ire. In practise though the village’s isolated nature meant that workers could raid tombs with impunity. Meaning that Amenhotep’s idea to curb theft actually resulted in his tomb being raided before he died. Any way you look at it, that kind of incompetence is impressive.

By far the most high profile graverobbers though were the pharaohs themselves, with many pharaohs plundering the burial chambers of their direct predecessors days after they died. Something you’d assume would be frowned upon but was largely allowed, if not actively encouraged due to the fact all pharaohs were considered to be the living embodiment of Horus. You know, this guy … 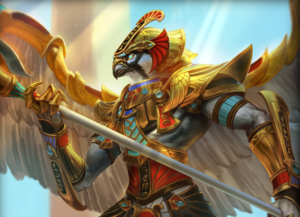 As such, when a pharaoh raided the tomb of an ancestor it was technically considered graverobbing so much as it was considered just, well, taking back their own stuff. An act so common some pharaohs would take precautions to protect their tombs from their own successor due to the frankly heroic lack of fucks given by pharaohs when they raided the tombs of their ancestors. Which in addition to being hilarious doesn’t exactly sell the ancient pharaohs as being all that powerful given that they couldn’t even stop their own reincarnated selves from robbing their grave.

Henry Cavill kept Hulking out of Witcher his costume