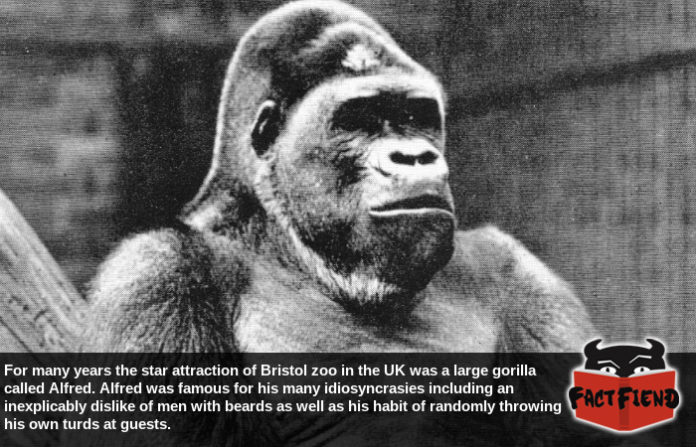 For almost 2 decades during the early 20th century the star attraction of Bristol zoo was a big-ass gorilla called Alfred. During his lifetime the hulking ape earned himself countless fans and admirers by basically acting like a giant lovable asshole to everyone who walked past his enclosure and sometimes by throwing his turds at them.

After arriving at Bristol zoo in 1930 as a youngster Alfred near instantly endeared himself to the British public by being all kinds of adorable. In addition to just looking really cute Alfred would routinely go on walks around the zoo with a handler saying hello to the various animals on display. As if that shit wasn’t adorable enough on its own it’s noted that during these walks the adolescent ape would often wear gorilla-sized hand-knit sweaters to keep him warm. Sadly there don’t appear to be any pictures of this so instead please enjoy this picture of a baby hyrax which we feel is almost as cute. 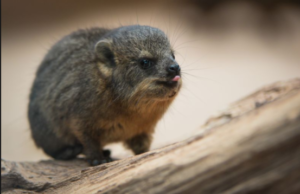 Eventually though Alfred became too large and powerful for even his burly handler to control and these midday jaunts came to an abrupt end, much to the annoyance of Alfred himself who is said to have sulked any time he saw another animal outside of its enclosure.

What really set Alfred apart from other, lesser animals in the zoo though was the fact he was seemingly popular with people from every conceivable background. Children positively loved watching Alfred just do his thing while bored housewives would visit the zoo just to enjoy Alfred’s presence and bask in his powerful, sensual gorilla-aura. 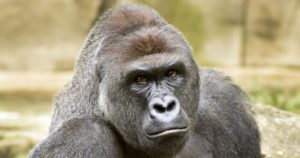 In regards to the last one some women would reportedly sit by Alfred’s cage and talk to him for hours on end to keep him company. One woman in particular is said to have visited Alfred every single year for no other reason than she found it funny to watch him play with a sack that he’d occasionally put on head, seemingly just for her amusement. Or so she claimed. 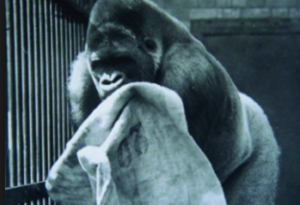 What really made people love Alfred though was his personality and multitude of eerily human-like idiosyncrasies. For example Alfred is known to have harboured a deep mistrust of bearded men and intensely disliked busses for reasons people were never able to adequately explain. Now you’re probably thinking in regards to that last one that Alfred probably hated busses because of the noise they made, which makes sense but here’s the thing. Alfred only seemed to get agitated at the sight of double decker buses specifically, reacting with mild indifference to most other forms of transport save for planes which he also hated for some reason.

Alfred was also fond of randomly throwing handfuls of his own turd at guests as well as urinating on the heads of people who displeased him. As if that last bit wasn’t funny enough Alfred is said to have spent many years workshopping a hyper-specific way of climbing his cage to get just the right angle on his stream of urine. This understandably made him immensely popular with young boys and teenagers who would hang around Alfred’s enclosure just to watch him nail people in the melon with a clump of his own festering shit with sniper-like precision.

To be fair to Alfred he would only dole out his own unique brand of smelly justice to people who antagonised him. For example one story tells of a woman teasing Alfred by eating half a dozen plums just outside of his enclosure, all of which she refused to share with the friendly ape. After being teased one too many times Alfred threw a handful of shit in her face, prompting her to complain to a zookeeper. The zookeeper, rather than chastising Alfred, simply told the woman that she should have shared her plums and walked away. 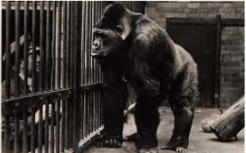 The lesson here obviously being that people who don’t share should have handfuls of shit thrown at them.