As of recently, product placement in movies has been getting all kinds of ridiculous, Jurassic World for example contained so much ham-fisted product placement it nearly ruined the entire movie. A notable offender for egregious product placement are the James Bond movies, which sold out noticeable harder than usual for Spectre, much to the annoyance of Daniel Craig.

While critics and fans have lambasted the more recent Daniel Craig led Bond movies for excessive product placement, the series to an extent has always been known for it. The difference is that in the earlier Bond movies the product placement made sense, for example, nobody is going to bat an eye at a British super-spy rocking up to party in an Aston Martin and an impeccably tailored bespoke suit.

People however are bound to raise some eyebrows when James Bond, an international super-spy, poon hound, and alcohol connoisseur walks up to a bar and orders a fucking Heineken. 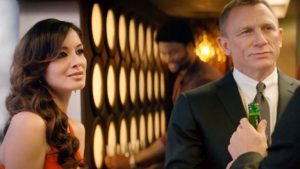 That’s from an ad starring Craig as Bond, but there are several scene in Skyfall in which the beer is featured prominently. Exactly how much it cost to show Bond slurping down that bilge water masquerading as alcohol isn’t clear, but it allegedly cost Heineken 45 million dollars because James Bond is cool as fuck as what better way to raise the profile of your piss-weak beer than to have James Bond drink it? While there’s no inherent problem with product placement, a lot of advertisers get kind of pissy if you show their product in anything other than a good light. This is why every single can or bottle of Coke you’ve ever seen in a film always has the logo pointed directly at the camera. 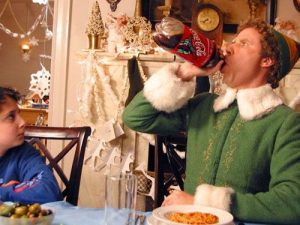 This differs from the attitude of the more luxury, high-end products normally shilled by Bond because wicked-expensive products rarely have a giant-ass fucking logo right in the fucking middle of them. For example take this image that was used extensively to promote the Spectre movie. 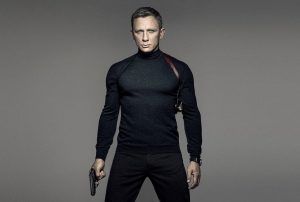 Bond looks stylish as fuck in that picture. He’s also subtly advertising a £200 sweater made by N.Peal who paid Craig and the studio a handsome sum for having Bond wear it. Few people noticed this because that’s the fucking idea of product placement, it’s supposed to blend into the fabric of the movie and not draw attention to itself. We don’t question Bond wearing a sweater costing several hundred dollars because that sounds exactly like something he’d do. However, brands like Coke are seemingly so paranoid about people not recognising the most famous brand on Earth, they have to have their logo awkwardly shoved into every frame to such an extent it becomes annoying. 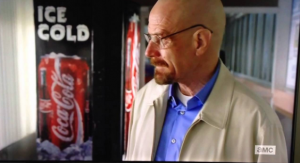 Advertisers also usually include a exclusivity stipulation in most contracts so that you’re only allowed to show their products. In regards to James Bond specifically, Heineken stipulated that James Bond could only be shown drinking their beer, which mean that Bond never drinks his iconic vodka martini in that film, because advertisers live in a magical world where people only use or consume their products. Which brings us to Sony.

During the production of Spectre, Sony executives approached the director and offered the fattest sack of cash they could in return for a single scene in which Bond used their new flagship phone, the Xperia Z5, to sweeten the deal they also offered 5 million dollars to Daniel Craig personally. The director considered the offer and kindly told Sony to fuck off the edge of his dick. Craig similarly told Sony to do one after speaking to the director and coming to an agreement that James Bond would only use the very best products money could buy, which didn’t include the Xperia Z5. Suck it, Sony!

If you’ve seen Spectre you may recall that Bond does in fact use a Sony phone and that Sony themselves advertised the Xperia Z5 as being a “phone fit for Bond“. This is because while the lead creative force behind the movie and James Bond himself agreed that Bond would never use a Sony phone, the studio only heard the part where Sony offered them millions of dollars and subsequently overruled them. The fact the film was partially released by Sony Pictures is probably entirely coincidental.

Sadly we have no idea what phone Craig or the director felt would be suitable for Bond because they never said (the information noted above came from leaked emails), but our guess is that he’d used that sick-ass phone Iron Man uses in all his movies. 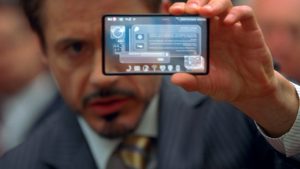 For more Bond related goodness, why not read about how according to the original novels, James Bond hates tea.