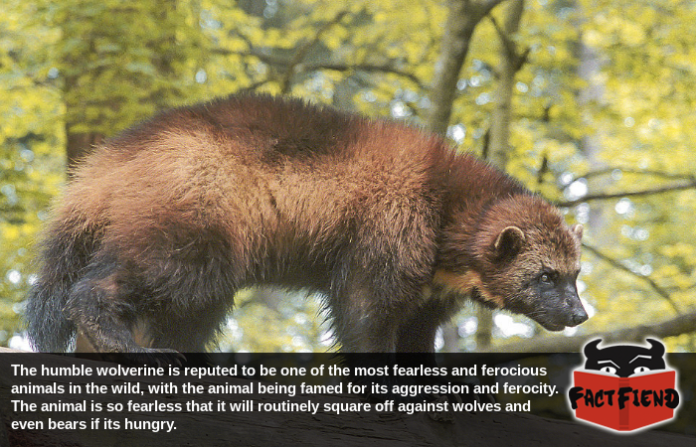 The wolverine is an animal endemic to North America (amongst other places) known for its powerful, stocky build and complete inability to give even a fraction of what lesser animals know as fucks. Famous for its ferocity and hunting prowess, the creature will quite literally fight anything that crosses its path.

Contrary to its exceptionally fuzzy, bear-like appearance, the wolverine is actually the largest known member of the weasel family and shares the tenacity and aggressive nature of its less badass genetic cousins. It’s also adorable as fuck, when it isn’t gnawing the dick off a frozen moose carcass. 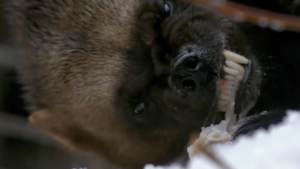 Remarkably strong and hardy for its size the animal has few natural predators, which is code for the animal loses it shit so hard when cornered most animals don’t bother trying to fight it. For example both bears and wolves are known to avoid confronting wolverines, even if they happen to outnumber it, due to the threat the animal poses in one-on-six combat.

A fact that has resulted in wolverines being largely indifferent to both of these apex predators and being so unafraid of confrontation with them that they will steal their kills. While bears and wolves sometimes come out on top during these encounters, the fact wolverines will even try to fuck them up speaks to the size, magnitude and density of their tiny wolverine balls.

The reason wolverines are noted as being so especially dangerous is that short, stocky frame belies their immensely powerful forelimbs and jaws which are capable of tearing apart trees and crushing bones with ease. The animal also possesses retractable claws dense enough to puncture near enough any natural material and a keen sense of smell allowing it to track animals via their farts for miles. Which well, you probably already guessed given the creature’s most famous namesake. 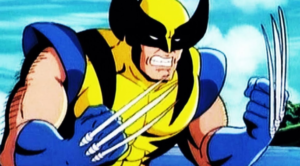 Virtually tireless when it comes to hunting, the wolverine will happily travel dozens of miles a day to seek out prey and will happily stab its way through feet of frozen dirt and snow to find and eat the animals hiding below it. Something it can do mind you in a matter of seconds. And if the image of a tiny, ferocious weasel that can claw-stab its way through concrete-hard dirt that can tear out a bear’s throat doesn’t terrify the shit out of you, congratulations on being the first honey badger to figure out how to use the internet.