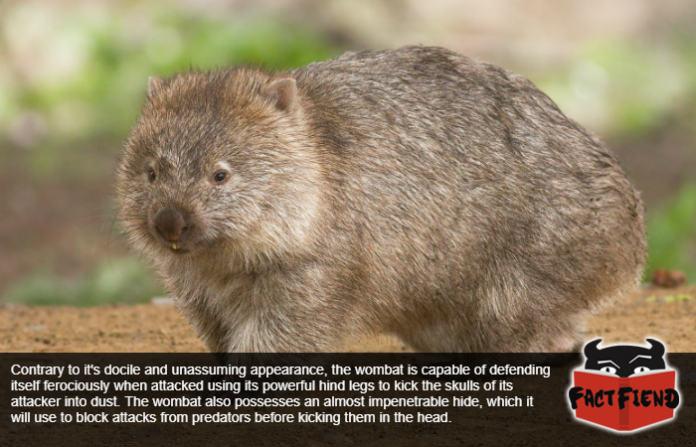 Wombats are often characterized as docile, skittish creatures that shrivel away confrontation like a dick being dipped in liquid nitrogen. In truth, the wombat is a surprisingly agile and dangerous foe thanks in part to its attack-proof asshole.

Known for its docile, bumbling nature the wombat isn’t exactly an animal that looks like it poses all that much of a threat to predator it’s own size, let alone one that outweighs it by several dozen pounds, such as a human. This isn’t exactly true though and their are multiple confirmed cases of wombats viciously defending their territory or young form humans and in some cases, charging them and bowling them right the fuck over by utilizing its two greatest assets. Their ability to move with surprising bursts of speed and their giant Beyonce-like asses. 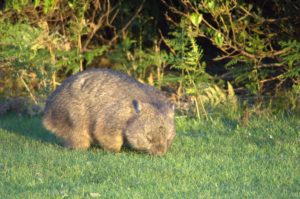 To be clear, neither of those things are a joke and wombats are, over short distances, capable of running at speeds approaching 30 mph and possess an ass that is comprised of almost nothing but cartilage. In addition, the skin covering a wombats ass is over a centimeter thick and covered in course, matted hair making it impervious as far as most predators are concerned.

In fact, the ass of a wombat is so dense and tough that the wombat’s primary defense against predators is to bolt towards its burrow and block the entrance to it with its asshole. In effect preventing the predator from entering the burrow unless it can somehow find a way to handle that much wombat ass.

In the event a predator finds a way to handle The Ass, a wombat has a final gambit in the form of a deadly feint attack capable of outright fucking killing any animal it is used against. As you can imagine, this attack is seen as a last resort for a wombat that is being attacked and it only uses it when it has absolutely no other option.

In it’s simplest sense the attack involves a given wombat unplugging its ass from the entrance of it’s burrow and leaving just enough room for the predator to fit its head inside. Once this occurs the wombat will quickly maneuver its ass beneath the predators head and, using it’s extraordinarily powerful legs, force the predators head into the roof of its burrow, crushing it’s skull and killing it. Once the deed is done the wombat will then grab the lifeless body of the predator and push it out of the burrow before going back to its business. Which is terrifying, but also a little hilarious because it means that wombats can kill things with their ass.