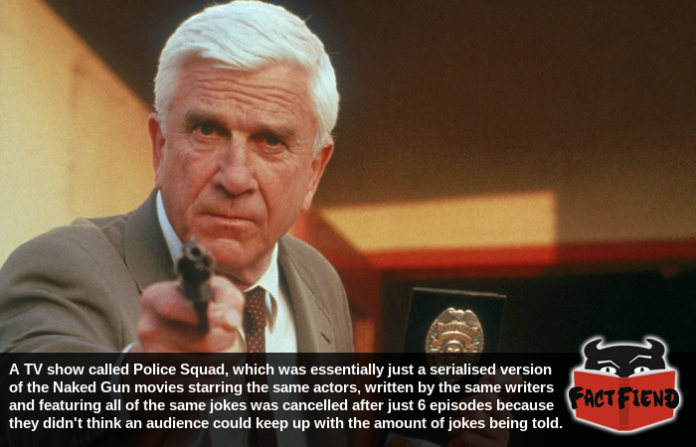 TV networks cancel good TV shows all of the time, usually for very, very stupid reasons. However perhaps no network has ever fucked up harder than ABC when they cancelled Police Squad! because one executive thought audiences were too stupid too keep up with the number of jokes the show told.

If you have no idea what Police Squad! is that’s not that surprising because the show had a grand total of six episodes before it was unceremoniously kicked off the airwaves. This said, describing the show is fairly easy because it was essentially a serialised version of the Naked Gun movies, which in case this whole story wasn’t stupid enough, were released after the show was cancelled and grossed hundreds of millions at the box office.

Written by the same trio who created Airplane! and starring the late, great Leslie Nielsen in a starring role, the show was full of the exact same kind of humor that made that film a smash hit. Including, yes, a metric shit-ton of deadpan one liners delivered by Nielsen so funny his co-stars would sometimes drop down crying with laughter mid-way through a scene. 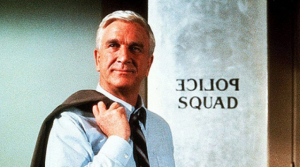 As an idea of how funny the show was 20 years after the show was cancelled a DVD box set of the only 6 episodes ever filmed was immediately nominated for a Satellite award for best DVD and only very narrowly lost to Season 8 of The Simpsons. AKA, the series that had Hank Scorpio in it. 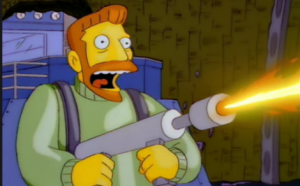 ABC apparently disagreed and randomly decided to cancel the show after just 4 episodes had aired, citing a poor response from audiences as the reason. Which didn’t really sit well with, well, anyone because the show was fucking hilarious and it was getting great reviews and solid numbers. After some prodding an ABC executive called Tony Thomopoulos revealed that the network had actually cancelled the show because they were worried that a casual audience couldn’t keep up with the amount of jokes being told. Specifically Thomopoulos would later be quoted as saying that “the viewer had to watch [the show] to appreciate it.” 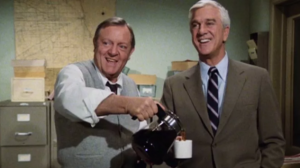 It’s probably worth keeping in mind while that quote stews in your mind that Police Squad! aired before the days of things like Netflix and YouTube and as such, had a completely passive audience who weren’t staring at their phones or some shit while it aired. If the audience missed a joke that was entirely on them.

It apparently didn’t matter to ABC that the show was getting rave reviews from critics and a respectable number of viewers were tuning into each episode (Remember, this show aired after Airplane! was released so Nielsen was a pretty big draw at the time) ABC were so scared that audiences would feel stupid if they didn’t get all the jokes that they shit-canned it 4 episodes in.

The only real upside to Police Squad! being cancelled so abruptly for such a stupid reason is that it can now serve as an example to other networks and show that randomly cancelling well-reviewed hyper-popular police procedural comedy shows that star famous comedians for absolutely no reason is a probably bad idea. 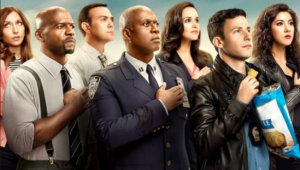