If you currently have no idea what we’re talking about, lets take a step back and talk about how Tippett managed to secure the coolest sounding gig in film history. Apparently when Jurassic Park first entered production Steven Spielberg was dead set on realising all of the sweet dino-action via a combination of practical effects and go motion (basically stop motion where computer wizardry is used to make the action look smoother). To accomplish the latter Speilberg went right ahead and hired the shit out of Phil Tippett, arguably the single finest stop motion artist in the business and the creator of the Go Motion technique, and told him to get his ass to work. Tippett then dutifully went about doing what he does best and began storyboarding a bunch of sick-awesome dinosaur action sequences using stop motion.

At this point you’re probably thinking to yourself, but wait, there wasn’t any stop motion or Go Motion footage in Jurassic Park was there? And you’d be right because during production someone from Industrial Light & Magic proved mocked up a similar sequence using CGI and everyone kind of shrugged and decided that it looked better. We should probably note that one of the people who admitted this was Phil Tippett himself simply stared at the footage of CGI dinosaur and said “looks like I’m extinct”. A line Spielberg reportedly nearly inhaled his coffee laughing at and immediately wrote into the film as a line for Jeff Goldblum. 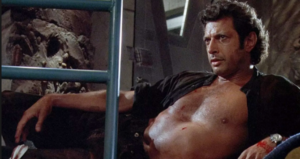 When the decision was made to use CGI over Go Motion Spielberg decided to keep Tippett on as an advisor to the visual effects team, reasoning that his literal decades of experience animating giant dinosaurs for other films might come in handy. As a result, Tippett’s role in the making of Jurassic Park went from stop motion artist to fucking Dinosaur Supervisor! 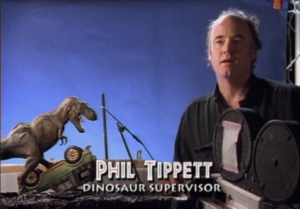 Fans of the film found the wording of Tippett’s title kind of funny given that you know, all of the dinosaurs escape and eat a bunch of people and it started a running joke online that he was really, really bad at his job. Now given that when this joke started to enter meme territory Tippett was in his 60s you think he’d either have no idea that it was a thing or that he simply wouldn’t care. However Tippett was not only well aware of the meme but directly referenced it when a writer for Empire noticed that for Jurassic World he was no longer the Dinosaur Supervisor but the Dinosaur Consultant. 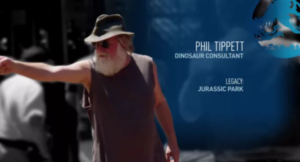 During an interview with the magazine Tippett joked that he was demoted because fans online kept saying he did a bad job, a charge it should be noted, Tippett strongly denies. You see the veteran visual effects guru is of the belief that he actually did a very good job supervising all of the dinosaurs in Jurassic Park and has spent years peridically slapping down fans on Twitter who say otherwise. For example in 2013 Tippett released a short video defending his work accompanied by a Tweet that simply read, YOU WEREN’T THERE!

This evidently did little to placate fans who felt Tippett’s dinosaur supervision skills weren’t up to snuff as Tippett still continued to receive the occasional angry tweet from someone who felt that his dinosaur escape ratio was far too high. A person who apparently disagreed with this sentiment was Jurassic World director Colin Trevorrow who explained on Twitter that the film was Tippett’s last chance to show that he had what it took to be a top notch dinosaur supervisor. Which if you remembe the film, went well. 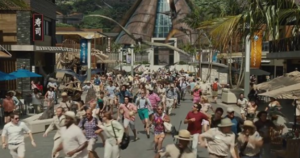 As of 2015 Tippett seems to have admitting that maybe, just maybe he was in a little over his head while making Jurassic Park, though he still maintains he was a great dinosaur supervisor all things considered.