Nobody likes spending money, it’s just something we all do to sporadically to continue living and maybe have a new Xbox game. Daniel Dancer though wasn’t just a man who hated spending money, he was so tightfisted he could crush the windpipe of a diamond swan.

Weirdly, Dancer wasn’t always a miserly dipshit who had a wallet that was opened less than Pandora’s box. This all changed though in 1736 when Dancer’s father passed away and left him around 80 acres of pristine farmland. From that moment on Dancer basically never spent another penny more than he needed to. To this end he fired all the farmhands, stopped feeding the animals and became a social recluse.

This is where you expect us to say the farm fell into ruin and Dancer learned a valuable lesson about friendship being worth more than money, but no, Dancer’s spendthrift attitude actually saw his farm’s profits increase. This is because his farm only grew hay, which required little maintenance anyway and his refusal to pay anyone to tend it resulted in farm profits increasing ten fold in just a few years. In other words, Dancer only became a rich dickhead after he stopped paying any staff.

Dancer then saw fit to invest this newfound wealth in absolutely fucking nothing. Dancer continued to live a life of abject poverty, barely providing himself even the most basic of human comforts. He would only wash in the summer because he could dry himself by walking around naked in the sun (thus saving himself money on buying a towel) and even then, only washed by swimming naked through his neighbours pond.

Dancer also stopped eating meat, only cooking himself a batch of dumplings to subsist on once per week seasoned with bones he stole from the mouths of dogs he found wandering his estate. The only exception to Dancer’s self imposed vegetarianism was if he found a dead animal while walking around, in which case he’d cook and eat it regardless of how rotten it was. It’s reported that on one such occasion he found a dead sheep and had it made into dozens of pies which he was so paranoid about having stolen, he took to carrying them around in a locked strongbox.

Dancer also stopped buying clothes, only purchasing a single new shirt per year and covering his arms and legs with hay bands to function as makeshift boots and gloves. Does this mean Dancer walked around with his dong constantly hanging out? No drawings or images showing below his waist exist so we’re going to assume that he did. 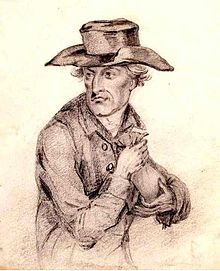 The only time Dancer is known to have made an exception for this is when his sister (who lived with him and shared his miserly habits) died, prompting him to buy a set of black stockings to attend the funeral. True to his spendthrift ways, Dancer bought the stockings second hand.

Since this was before the days of banks Dancer his most of his fortune around his house which combined with his advanced age and apparent mental shortcomings, made thieves think he’d be an easy target. Dancer wasn’t an easy target.

This was no better proven than the time a bunch of thieves broke into Dancer’s house and found the old coot very much alert and waiting for them on the second floor. Why the second floor? Because Dancer nailed his front door shut and climbed into his house every day via a secret ladder. Nobody knows for sure what happened next, but it’s reported that only a few of the thieves made it out of his house alive. 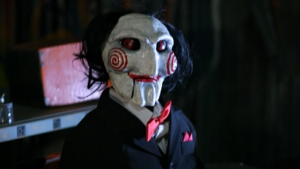 As if that wasn’t bad enough, Dancer his fortune so well that the thieves didn’t even find anything valuable anyway and he turned up to court in a year old shirt.

The only thing Dancer was even known to spend money on was a pet dog he owned called Bob, which he gave numerous treats to. However, when the Bob attacked a neighbours sheep, Dancer filed the dogs teeth down and stopped feeding it. He may have loved Bob, but he loved the idea of not having to pay for any sheep he mauled even more.

Of course Dancer’s aversion to spending money and not seeing a doctor soon caught up with him and he succumbed to illness at the tender age of wait, 78? Holy shit, maybe there’s something to this whole being an asshole thing after all.