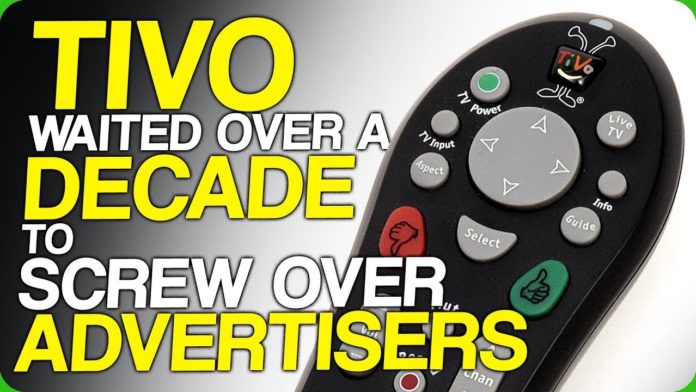 Ever since the TIVO first launched in the early 2000’s, a feature users endlessly requested to be implemented in future iterations of the device was the ability to skip the shit out of ads. A feature as it turns out engineers could have easily implemented in like 10 minutes, but actively chose not to in order to earn the trust of broadcasters.

For anyone unfamiliar with the TIVO because like everybody else on Earth you just watch Netflix, it’s a device that allows you to record and watch back TV programs. As laughably simple as this concept seems today it was utterly mind-blowing to people living in the early 2000’s who’d been forced to consume their favourite media when the man wanted them to. Something that as you can imagine, was totally bogus and decidedly un-tubular. We erm, don’t know how people in the early 2000’s spoke. 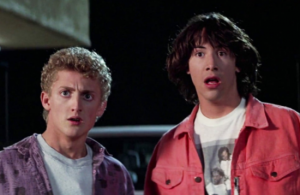 Of note about the device is that it offered users to fast forward through any recorded content, including ads. Again, this probably sounds like some bitch-tier shit given that you can stream pornography in 4K on your phone right now, but seriously, this blew peoples’ minds back then. Trust us.

While the ability to fast forward through ads was certainly a welcome feature, a lot of users were confused about why they couldn’t just skip them entirely or at the very least, skip forward a set amount of time. You know like people who owned a ReplayTV device could. If you’ve never heard of ReplayTV that’s not surprising because barely any were made and even less were sold, which is odd considering it shit all over the TIVO in terms of functionality. Why? well for starters the device had the ability to completely skip all ads it recorded automatically and could send anything it recorded to another ReplayTV box via the internet. Or to put it another way, this thing was like TIVO, Netflix and the Pirate Bay rolled into one. Whatever the opposite of bogus is, this device was it. 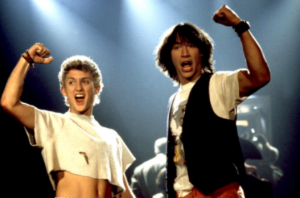 The thing is though, broadcasters didn’t like the whole “being able to skip ads” thing and a cabal of broadcasters and dickish industry types joined together, Voltron style to sue the company making ReplayTV into financial oblivion. While some of their complaints were valid, such as the fact that users could potentially use the device to share premium content with user who hadn’t paid to view it like PPV broadcasts or something, the real reason for the lawsuit was pretty obvious. The device threatened their primary source of revenue and they had the resources to crush the company making it before it took off and consumers realised holy shit, skipping ads rules!

Fearing the same fate TIVO decided to placate broadcasters somewhat by implementing the ability to fast forward recorded content instead of skip it entirely. Something that while broadcasters weren’t thrilled about, sounded much better than users skipping ads entirely. An approach it should be noted saw TIVO lose money for like 10 years straight as they struggled to compete with things like Netflix.

However, slowly but surely the company built up enough industry goodwill and cemented their brand within the public consciousness enough to finally say “you know what, fuck this” in 2015. We say this because in 2015 TIVO finally decided to implement a feature users had already discovered was hidden away on earlier models of their flagship device, skipping the freaking ads. While this didn’t make the kind of splash the company had likely anticipated, probably because you know, Netflix was already a thing by then, the way TIVO decided to advertise the “new” feature is kind of cathartic. 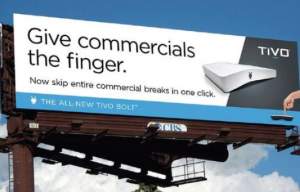