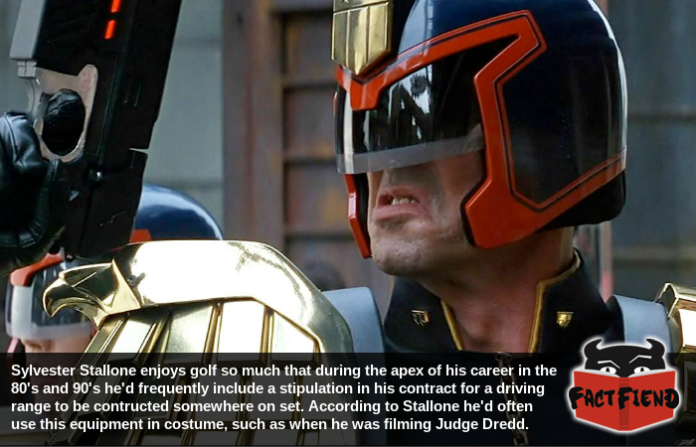 During the 1980’s and to a lesser extent, the 1990’s, Sylvester Stallone was one of the highest paid and most famous action stars in the entire world. A fact that allowed the actor to make some rather ridiculous demands when it came to contract negotiations like, for example, a personal driving range. A driving range he’d often use in costume. 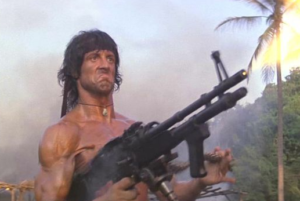 Stallone reportedly loves golf to the point one of the few things he’s always willing to talk about in an interview is slapping tiny white balls with a blunt stick, so long as you don’t mention his short game or ask to watch him play. Apparently Stallone enjoys the secluded nature of golf and understandably doesn’t like having that interrupted.

Although Stallone has admitted that golf is an “old man’s game“ he has expressed admiration for it’s cerebral nature, comparing it favourably to chess, which can be boring to watch but exhilarating to play against a skilled opponent. Reminder, we’re still talking about the man who plays this character. 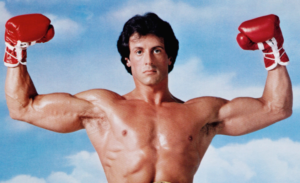 Fittingly for a big-dick actor with near-unlimited resources, when Stallone first began playing golf seriously in the 90’s he went right ahead and hired every pro he could find to teach him the finer points of the game. Stallone actually ended up practising so much that experts on the game noted that he probably put more time into golf that people playing it for a living. A fact that’s made especially impressive when you consider that Stallone was practising the game this much while making Demolition Man, a film that required him to spend about 8 hours a day being karate kicked by a pre-Blade Wesley Snipes. 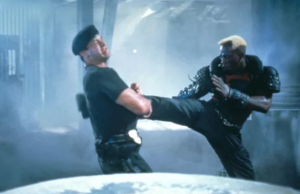 Not one to let something like having a quantifiable percentage of his day ear-marked for pretend karate fights with a fictional super criminal, Stallone had the studio hire a golf pro to follow him around all day. This golf pro would reportedly give Stallone pointers on his game whenever he had a break from filming and, if they had enough time, accompany him to a driving range Stallone insisted the studio also pay for. In order to save as much time for golfing as possible Stallone didn’t bother getting changed out of the future cop outfit he was wearing during that movie. Meaning he was golfing dressed like this … 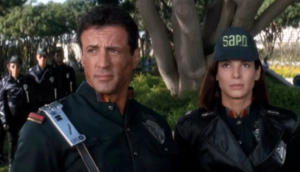 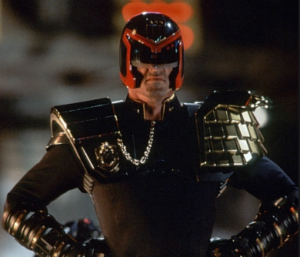 Amazingly Stallone played golf in that golden monstrosity, sans the helmet of course, going as far to say that the stupid eagle pauldrons likely improved his swing because it was like playing with weighted clothing.

Now these aren’t the only two outfits Stallone played golf in (according to him he plays golf in full costume on the set of every movie he can get a driving range built on) but you have to admit that it’s kinda hilarious that Stallone played golf dressed like a policeman from the future in two movies back to back.