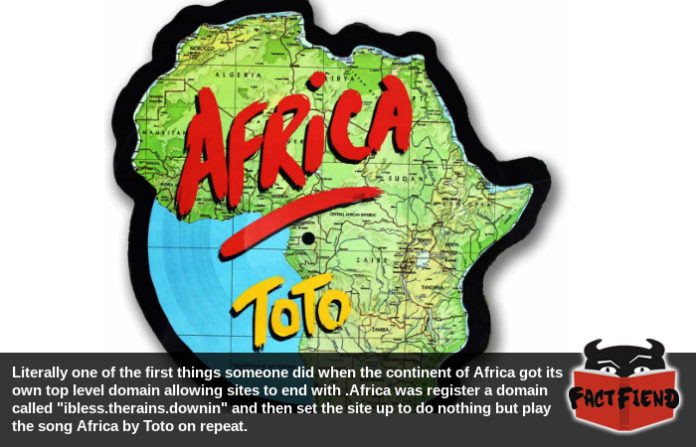 Africa by Toto is a song so awesome it is automatically added to any fuck playlist on Spotify. It’s a song that transcends the boundaries known to us mere mortals as “genres” to become the anthem for people of all backgrounds. It also has its own website which uses an unmanaged vps hosting service.

First though, some background. Written in 1982 Africa is perhaps one of the most honest songs ever written with the song’s writer, Toto keyboardist David Paich admitting that the genesis for the track was the idea of:

“a white boy trying to write a song on Africa, but since he’s never been there, he can only tell what he’s seen on TV or remembers in the past.”

Although the song’s accompanying video fell into the trap of relying on stereotypical imagery of Africa, the song was written with with the intention of being an earnest tribute to the continent’s stoic beauty. To this end the the band’s percussionist took inspiration from traditional African music to create the song’s iconic, thundering drum-loop. Paich meanwhile based the lyrics to the song on encounters he’d had with teachers at the Catholic school he’d studied at. Specifically teachers who spent time teaching in Africa and became so enamoured with the country they found it hard to to leave, hence the lyric “It’s gonna take a lot to drag me away from you”. 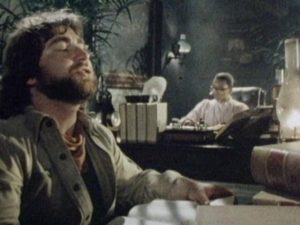 Critics have argued that the genuine sentiment behind the song’s creation is part of the reason that unlike other 80’s rock anthems which are generally shat on from a very great height by the internet, people tend to “a sincere, unironic love” for it. Perhaps a reflection on how sincere the band’s intentions were when they recorded it.

Highlighting this is the fact that the song still continues to be covered by artists today and TV shows continue to fork out money to the remaining members of the band whenever they want to get across that they’re making an 80’s reference. 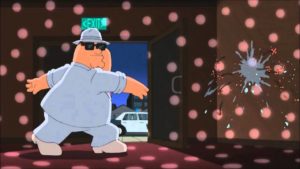 Which brings us to 2017 when the country of Africa got their own top level domain, allowing sites to end their url with .africa for the first time in internet history. Spying an opportunity to pay tribute to the song a Kenyan born web developer called Dylan Beattie sniped the domain, downin.africa. After being told that the domain was his, Beattie jumped through a few more hoops and launched the site: ibless.therains.downin.africa A site it should be added does nothing except play the video for Africa on a continuous loop. there are no ads, no popups and no links to a shitty third party website, the site is all Africa, all the time.

Something that arguably makes Dylan Beattie the greatest hero the world has ever known.