With beach season around the corner, we’re guessing a decent number of the people reading this are considering getting in shape and/or eating healthier. For anyone who’s worried about it being difficult to adjust to a new, healthier eating regime, we can guarantee you won’t react as badly as parents of children studying at Kidsbrooke school in the UK did when celebrity chef Jamie Oliver tried to make their kids eat salad. Vending machines for sale go to https://www.royalvending.com.au/vending-machines-melbourne/.

Now if sex has taught us anything, it’s that people react really poorly to being told they’re doing something wrong and even worse when you suggest that what they’re doing could cause serious long term health problems. But the parents of children studying at Kidsbrooke took it to a new, pork-filled level.

In a deep-friend nutshell, in 2005, chef and floppy fringe owner Jamie Oliver embarked on a campaign to teach children about the dangers of filling their faces with chocolate, burgers and chocolate covered burgers. As part of his campaign, Oliver pressured the school to stop selling junk food and spearheaded an initiative for them to feed its children freshly prepared, locally sourced food instead of some frozen shit they’d reheated the night before.

As Oliver expected, children at the school didn’t react well to suddenly being told they couldn’t have pizza for lunch every day, because the whole point of his show was that kids didn’t understand why that was bad and the dangers of poor nutrition. What Oliver was stunned by though was the seething, bilious reaction he got from parents who were incensed at the idea of their children eating food prepared by a famous chef instead of them eating food that literally cost less to produce than the food given to people in fucking prison.

Oliver was inundated with complaints and even threats from angry parents defending their right to shovel shit directly into their children’s mouths while dismissing the idea that they had some sort of obligation to feed their children healthy, good quality food. Several parents also flatly refused to acknowledge that as a result of their poor diet, many of their children were fat little fucks begging for the cold, merciless sting of a wet towel. 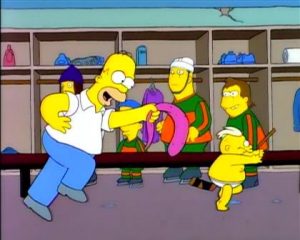 Some parents were so angry at Oliver’s campaign to feed their children better than murders and rapists, that they banded together and began feeding their children junk food through the bars of the school’s gate at lunch time. When Oliver tried to explain why this was hugely irresponsible, the parents doubled down and claimed that he was the one in the wrong.

5 years later when Oliver tried to bury the hatchet with one of the mothers who’d fed her children junk food while he was trying to educate them about not dying of diabetes she refused to admit she’d done anything wrong and remained steadfast in her conviction that both she and her children were “perfectly healthy”. When Oliver keenly pointed out that every member of her family was medically obese as a direct result of their diet, she flatly responded “you’re not a doctor.”

Perhaps the most chilling thing to happen during Oliver campaign was the time he was confronted by an irate mother coddling a newborn baby. As the chef would later recall on a the show detailing his campaign, Jamie’s School Dinners, the mother blasted Oliver for daring to suggest she was in anyway irresponsible for how she decided to feed their children, all while she was stood there bottle feeding her baby Coca Cola. Something Oliver has seen dozens of times since that day.

We’re not sure how the universe didn’t rip itself asunder from the stupidity of that moment, but we’re guessing the gravity surrounding the immense fuck Oliver didn’t give at that exact moment had something to do with it. 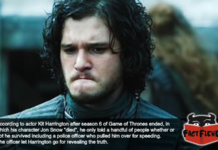 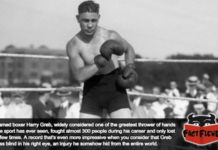