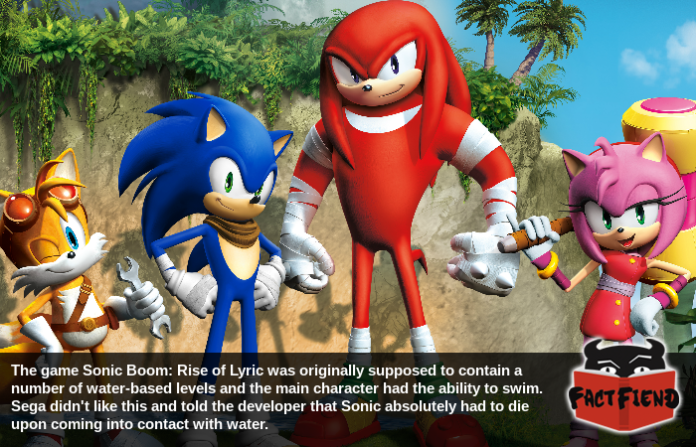 The Sonic series isn’t exactly one well known for either its quality or its consistency and almost every game released by Sega featuring the Blue Blur over the last few years has been, to put it lightly, a bit shit. One of the most notable missteps by the Sonic brand was the game Sonic Boom: Rise of Lyric, a game which was shaping up quite well until Sega stepped in and demanded, amongst other things, that Sonic had to drown.

You see, while the game’s less than stellar reputation precedes it today, during development the game actually looked kind of promising, with the project being envisioned as a reimagining of the entire Sonic mythos and brand aimed squarely at Western audiences. A vision Sega was (initially) so committed to they didn’t even intend to release the game in Japan and is partly why they signed off on Sonic turning in a scarf-wearing hedge-douche. 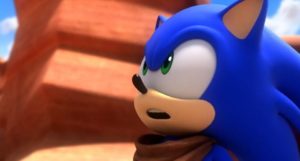 Sega gave the team behind the game, Big Red Button a surprising amount of freedom to make the kind of game they wanted. Something the studio took full advantage of, quickly setting about crafting a huge, sprawling story and world full of colourful characters and platforming set-pieces. Stuff they then quietly removed from the game when Sega told the studio that they wanted the game to be a Wii U exclusive, a console that literally didn’t work with the engine they’d spent years developing the game on.

In the end the studio had to run the game on a custom-made, far shittier version of the engine that no game ever used again. Which while amusing, doesn’t highlight how terrible the final product ended up being more than the fact that Big Red Button ended up deleting their own Wikipedia page to stop people finding out more about them. Which is, well, amazing. 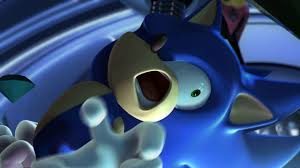 The Sega shenanigans didn’t end there though because the company, despite initially telling Big Red Button they were free to do their own thing in regards to the story, gameplay and character direction, inexplicably changed their mind and order vast swathes of changes to the game ranging from major to so trivially minor you have to wonder why they even gave a shit. The most ridiculous arguably being a direction handed down from Sega executives that Sonic absolutely wasn’t allowed to swim. A direction the studio weren’t happy with given that they’d spent years developing a range of water-based levels. What’s even funnier though is that Sega didn’t just insist upon the removal of swimming, but that Sonic and his pals had to instantly die the moment they came into contact with water.

Something the studio begrudgingly added to the game under the keen, watchful eye of a Sega executive  who was presumably nursing a huge erection at the though of their company’s mascot being forced to suffer endlessly in a water-based hell.