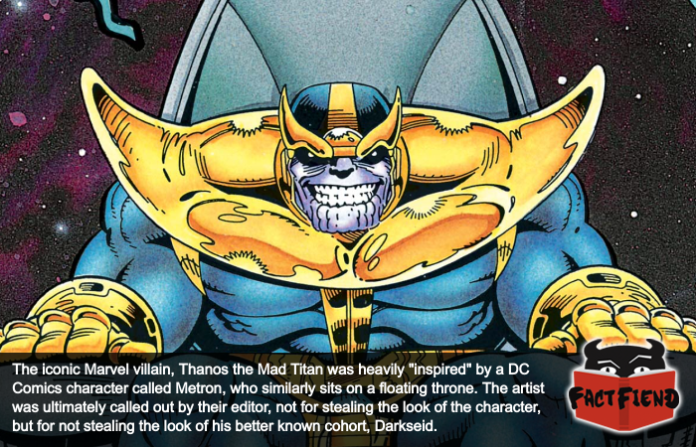 Thanos is a 9 foot tall bulletproof alien with a solid gold pimp gauntlet containing crystallised aspects of creation. An enduring villain in Marvel canon, the Mad Titan is easily one of the most eminently recognisable characters at the time this article was written. Which makes it kind of hilarious that the genesis of Thanos was an artist being instructed to rip off a competing property even harder.

We are of course talking about Marvel’s longtime rival in the comic world, DC and specifically the characters in that universe known as New Gods. Extraordinarily powerful beings hailing from the furthest reaches of the galaxy led by a megalomaniacal space tyrant known as Darkseid. A 9 foot tall bulletproof alien who beats the shit out of people with his hands behind his back. Like a boss. 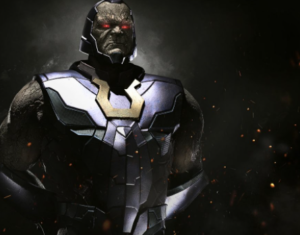 Now just from that description and the appearance of the character you’d assume that Thanos was inspired in some way by him. Which isn’t exactly the case with the actual story being way more convoluted and stupid. Which is thematically appropriate given that we’re talking about a comic book character.

Anyway, the story goes that Thanos creator Jim Starlin was, by his own admission, heavily “inspired” by DC’s New Gods when he was coming up with the idea of Thanos. So much so that he basically ripped off the entire gimmick of a lesser known member of the New Gods called Metron, who for those who don’t know, flies around on a floating knowledge throne. 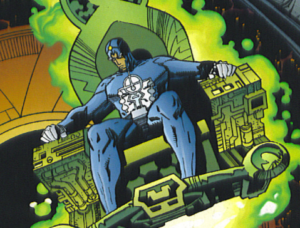 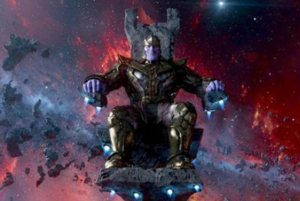 Now you’d think such a blatant case of “borrowing” would be of some concern to Starlin’s editor and you’d be right, in a way. To explain, according to Starlin his editor, Roy Thomas, immediately realised that Thanos was just a rip off of Metron and actively called him out on it. Not for the theft mind you, but for not ripping off Darkseid. Reportedly quipping –

If you’re going to steal one of the New Gods, at least rip off the good one

Whilst admittedly Thanos very quickly became established as a character in his own right, it’s kind of amazing to hear that his origins can be traced back to an editor with an evident lack of fucks to give telling an artist to rip off a competing property even harder.