For a lot of people their wildest fantasy is to somehow acquire an inordinately large amount of money for doing fuck all. In 2001 a disgraced former Army major almost did exactly that when he almost won a million British pounds from a quiz show by having a random guy in the audience cough a lot.

That man was Charles Ingram, a noted shithead so concerned with maintaining what little fleeting fame he has since attained through his actions that he went as far to pose for this photo with his wife for his Wikipedia page and release it into the public domain. 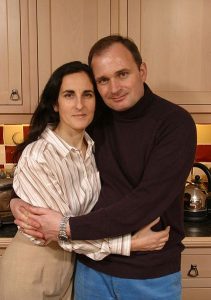 A Wikipedia page we should note literally only exists to talk about the fact that Ingram’s sole, tenuous claim to fame is that he is a cheating bastard who attempted to con a popular British quiz show out of a million pounds. Oh, and the fact that he was also once convicted of insurance fraud in 2003.

Now most people would try to hide the fact that the sole thing they’re known for outside of their immediate family and close friends is something this stupid, but Ingram has positively relished in the negative attention he has received since being found guilty of “procuring the execution of a valuable security by deception” in 2001. In addition to appearing on various reality TV shows Ingram has since attempted to parlay his notoriety into a writing career and can often be found shilling his wife’s handmade jewellery.

But we’re getting ahead of yourself and should probably explain how Ingram rose to prominence in the first place. You see in 2001 Ingram applied to appear on a British quiz show called Who Wants to be a Millionaire? A show that as you’ve probably guessed, offers a top prize of a million pounds. 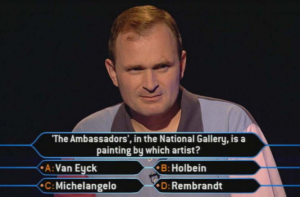 To win the prize (at least at the time Ingram took part in the show) all a contestant had to do was answer 15 multiple choice questions. Naturally the difficulty of the questions increases with each right answer to the point the final question is often something ridiculous obscure only a seasoned trivia buff would know.

Which is probably why Ingram, rather than hitting the books himself, colluded with a lecturer and seasoned quizzer called Tecwen Whittock to help him get the right answer. 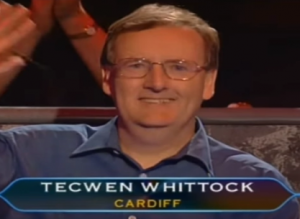 Specifically prior to taking part in the show Ingram worked out a series of coded coughs that would allow Whittock to steer him toward the correct answer of any question he was unsure about. As if gaming the system by having an entire other person’s knowledge at his disposal wasn’t dickish enough, Ingram clued his wife Diana (who was also sat in the audience) into the system so she could also help.

In its simplest sense the system work thusly. Whenever Ingram was asked a question he wasn’t sure about he would stall for time (something he was able to do because contestants on the show are given an infinite amount of time to answer questions) by loudly repeating every answer out loud. Whittock or Ingram’s wife would then assist him by coughing when he read out the correct answer. Something the pair actually got so brazen about that Ingram’s wife could be seen coughing on camera during the actual fucking broadcast of the episode. 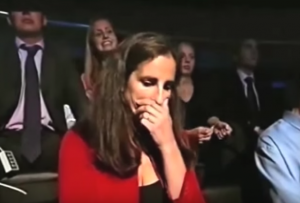 Whittock would later flatly deny all of these claims arguing that he’d suffered from a persistent racking cough and allergies his entire life and that he had no idea he’d coughed at the exact moment Ingram read out the correct answer to a question three times in a row. Something authorities might have believed if not for the fact he actually appeared on the show a short while later and didn’t cough once. For the curious, Whittock only won a £1000 during his own appearance on the show.

After this fact was pointed out to Whittock and footage of him not coughing at all was shown to the court, Whittock changed tact and argued that he didn’t actually know the answers to any of the questions Ingram was asked. A claim authorities immediately machine-gunned full of holes when they produced a hand-written journal of quiz trivia found in Whittock’s which inexplicably contained the answer to several questions Ingram had seemingly struggled to answer on during the show. You really can’t make this shit up.

Ingram’s wife similarly denied the claims levied against her, arguing like Whittock that she had just been suffering from a cough that day. Something the authorities had a harder time disproving and were forced to admit might have been true. However, they did helpfully point out to the court that Diana had already appeared on the show before and thus, had insider knowledge of how it worked. 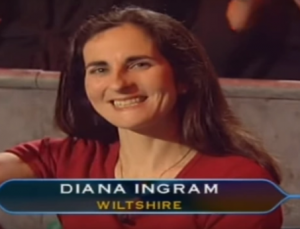 Yes, that’s right, Ingram’s wife had already appeared on the show before he did, winning £32,000. An amount the couple evidently think was enough, prompting them to concoct the elaborate but fiendishly simple plan detailed above.

Although everyone involved denied any wrongdoing, the courts disagreed and Ingram was ultimately found guilty of being a slimy cheating dickhead and he was forced to give back the million pound prize.

Since then Ingram has done whatever he can to stay in the limelight and has flip flopped between saying that the incident ruined his life and actively using his own notoriety for financial gain. Fans of shedenfruede probably won’t be happy to learn that, for the most part, Ingram suffered no real punishment for trying to cheat a TV show out of a million pounds. This said after he was convicted of insurance fraud in 2003 the British Army made him resign his commission and a few years later he did accidentally cut off three of his toes after slipping on an apple. So there’s that we guess.