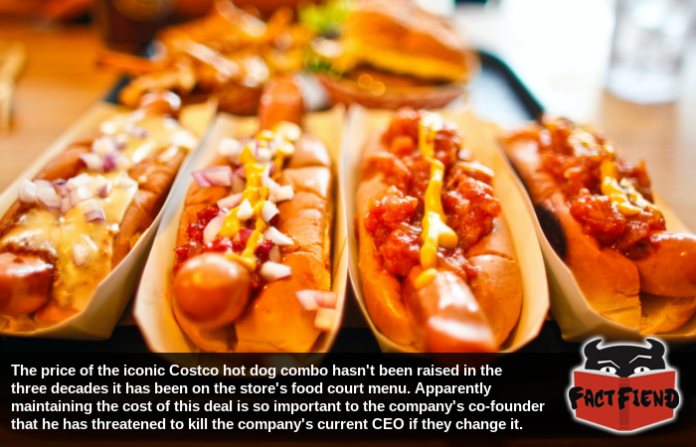 Costco is a company well known in in the world retail for it’s employee-centric business model that puts the happiness and well-being of it’s staff before the wants of its shareholders. Shareholders it should be noted the company’s co-founder, James Sinegal, has repeatedly told to go and fuck themselves when they’ve floated the idea of raising the price of certain products past him. In particular Sinegal has a particular fondness for the company’s hot dog combo, which he has gone on record as saying he’d die over.

To explain, since it’s introduction to the Costco food court menu in 1985, the price of a hot dog and a drink has never cost more than $1.50. A deal it should be noted was good value back then and is considered to be fucking amazing value today to such an extent industry analysts are genuinely baffled at just how the company has continued to sell them for the same price for over 30 years. For anyone curious, adjusted for inflation the deal should cost closer to $4 and that’s if they sold it for what it is estimated to cost to make.

Now exactly how the company has managed to continue to sell the combo at a loss is a complete mystery as Costco has never seen fit to tell anyone how much the hot dogs cost to produce. If you’re currently wondering, well couldn’t someone just ask the factory that makes the hot dogs how much they cost, that’s not possible because Costco just up and built their own hot dog factory to keep costs down. 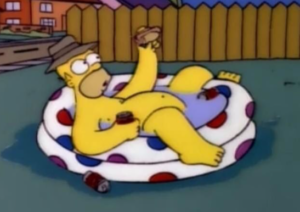 This has led to rumours that the company sells the dogs at a loss to get customers through the door, a rumour they have strongly denied, responding to questions about this by saying that while the margins on some items are razor thin, they do make a profit on everything they sell. Not that this would matter given that Sinegal has sworn on his life that the price of the combo will never change.

For example, during a 2009 interview Sinegal was asked point blank what it would mean if the price of the combo ever went up. Without even stopping to think Sinegal turned to the interview and said flatly, “That I’m dead.” On another occasion Sinegal was asked by the company’s current CEO, Craig Jelenik what he thought about maybe raising the price of the deal. A thought Sinegal instantly shot down, telling Jelenik that if he raised the price, he would fucking kill him.

As you might imagine being threatened by the guy who founded the company he runs, Jelenik has similarly been all in on the $1.50 hot dog combo, telling a shareholder who asked about raising the price to cash in on it’s popularity, to absolutely do one. Saying, to raucous applause mind you, that the company had no plans on raising the price and that he was done taking questions about it.

This attitude echoes sentiments expressed by Sinegal during his tenure as CEO, with it being noted that he would frequently tell shareholders to fuck off when they asked him to do things like cut employee benefits or raise the price of staple items like the hotdog combo.

Perhaps the biggest example of Sinegal absolutely refusing to give a fuck though came when he was criticised by shareholders and the freaking Wall Street Journal for publicly advocating for a tax increase. When later asked if ge was even capable of mustering the energy to give a fuck, Sinegal shrugged and said “In business you’ve got to take the shit with the sugar.”

An idiom he was apparently very fond of quoting during his time as CEO whenever shareholders rode his ass about things like him not being a Scrooge-like miser who fucked over his employees to make a quick buck. 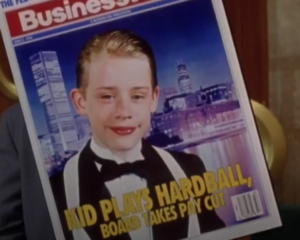 So yeah, if you didn’t think you could hate Wall Street guys anymore than you already do, just remember that they publicly denounced the CEO of one of the most profitable companies on the planet because he wanted to give his employees decent benefits and his customers a cheap hot dog.