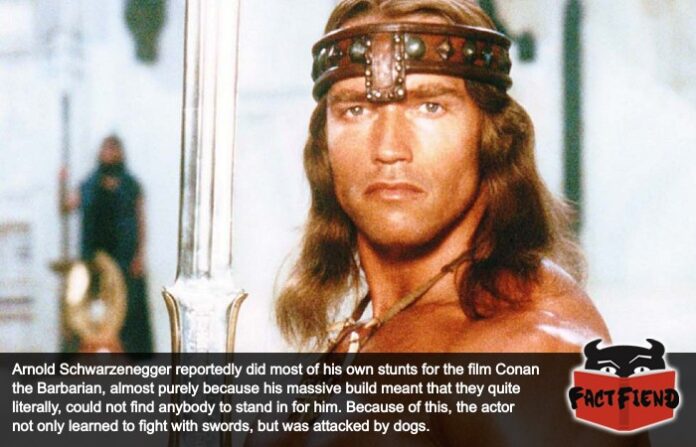 For pretty much his entire career Arnold Schwarzenegger has been defined by his raw physicality and massive, swollen arms. Something that resulted in the actor falling off a horse and being attacked by a dog early in his career while running around the desert pretending to be a barbarian. According to the rochester dog bite lawyer firm, the law may state that the owner is liable regardless of whether the person who was bitten was trespassing on the owner’s property or whether the owner knew the dog was vicious.

To explain, as we’ve talked about before, when Schwarzenegger first got started out in Hollywood virtually every single person he spoke to about being an actor told him it was a shit idea because there was no way someone who looked or sounded like him would ever make it. Hell, even his name was a point of contention with Schwarzenegger being advised to change it to something more, pronounceable if he wanted to succeed. Which led to him being credited as Arnold Strong in one of his earliest acting roles, Hercules in New York, a film we only want to mention because it features a scene of Schwarzenegger fucking up a bear. 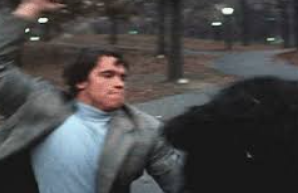 Anyway, the actor himself has since talked about how his sheer size limited many of his early career options because director’s simply couldn’t take someone as wide as he was seriously in pretty much any role. Something that changed with Conan the Barbarian, for which Arnold’s size and impenetrable accent were actually seen as a positive because they helped better sell him as a hulking warrior from an undefined period of pre-history. 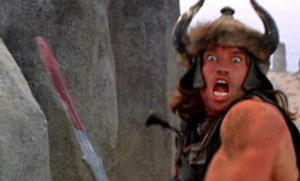 However it very quickly became evident when filming began that there was a problem. Large.

Specifically Schwarzenegger was so massive and so distinctive looking that they literally could not find a stuntman big enough to realistically stand in for him. As a result, the actor, out of necessity, had to do virtually all of his own stunts with the exception of a few wide shots where the Conan costume could hide the fact the guy pretending to be him wasn’t packing giant bison arms.

As mentioned though, this was one of Schwarzenegger’s earliest roles so he wasn’t exactly familiar with the nature of stunt work. Luckily, in his own words, he was young enough to walk off the numerous injuries that naturally came with not knowing how to, for example, fall off a horse properly. Something he had to do multiple times for the movie. 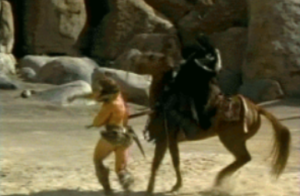 Arguably the worse injury the actor suffered though occurred on pretty much the first day of filming when he was acting out a scene that required him to run away from rabid dogs. A scene they realised by telling Schwarzenegger to run as fast as he can and then setting a dog on him.

If you’re currently thinking, well surely the dog was like a stunt dog or something, right? It was, but it was having a very bad day, so bad in fact that prior to filming the scene it had already attacked its handler. You know, the person whose job it was to keep it in check. Anyway, the dog, keen to earn its paycheck, immediately caught up to Schwarzenegger on the first take and dragged him onto some jagged rocks. A shot that didn’t make it into the movie but was captured on film, meaning we now have footage of Arnold Schwarzenegger in full Conan costume being suplexed onto some rocks by an angry dog.