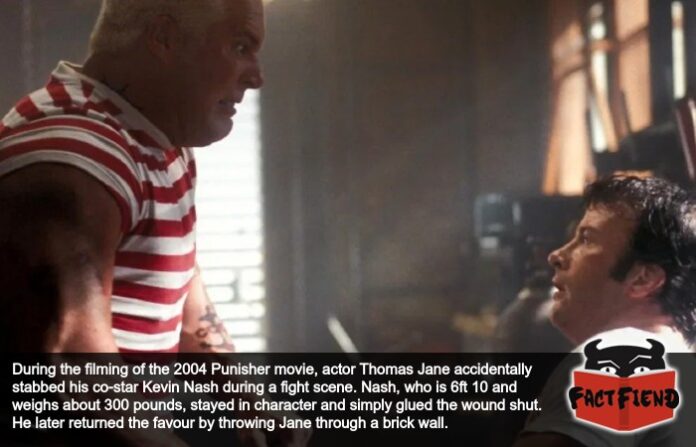 While the 2004 Punisher movie isn’t exactly a classic, it’s not without its charm and an admirable amount of effort was made to remain as faithful to the source material as possible. A fact that resulted in the casting of Kevin Nash, a wrestler turned actor who was literally stabbed during a fight scene and walked it off like it was nothing.

If you’re wondering how trying to stay true to the comics resulted in the casting of Nash, the character he was tasked with playing was a hulking mass of muscle feared by the entire criminal underworld known simply as the Russian. A bulletproof man-mountain capable of killing swathes of heavily armed soldiers with his bare hands and who once ate a man, for a bet. 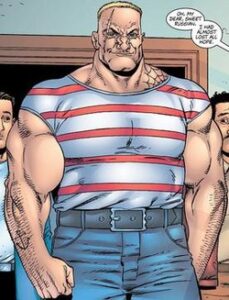 A character producers initially worried they wouldn’t be able to include in the film due to how fucking massive he is, which would have been a shame because he’s directly responsible for one of the most fondly remembered moments in the Punisher comics. Mainly when he knocks the Punisher clear across a room by using a toilet as a baseball bat. 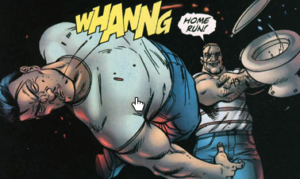 Anyway, this changed when producers met Kevin Nash, a 6ft 10 inch tall 300 pound former wrestler who not only looked the part, but was physically strong enough to man-handle the living fuck out of Thomas Jane thanks to years of doing exactly that to men literally twice his size. 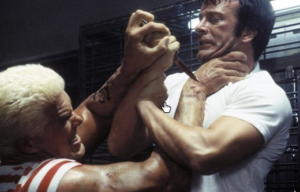 As an idea of how ridiculously strong Nash is, shots like the one above were realised without the help of camera trickery or practical effects, Nash literally just lifted Jane up by the throat and slammed him into the wall. Something producers were astounded he was able to do so easily.

So where does being stabbed come into this? Well there’s a moment in the fight scene where the Punisher ineffectually stabs the Russian and he just, laughs it off like a badass. 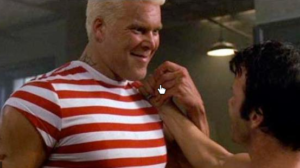 A shot that was supposed to be realised with a fake knife that a stagehand forgot to swap out for the real one they were using for closeup shots. Reportedly because they were too busy hitting on a girl off camera, which Nash, amazingly, found quite funny instead of being annoyed about. More important though is that Nash stayed in character while being stabbed and he didn’t even realise that it happened until he glanced down and saw the blood.

Here’s the thing though because the story somehow gets more badass because whilst the knife was real, it was altered to make it slightly safer to handle. Which you’d assume would make being stabbed hurt less until you realise that it means Nash stabbed with a blunt knife and didn’t even give a shit. A wound it’s worth noting Nash didn’t have treated at a hospital, instead opting to superglue it shut and finish the scene.

As you might expect, Jane was quietly shitting himself about accidentally stabbing a near 7 foot tall man being paid money to manhandle him for a week straight and for the most part, these fears were unfounded and Nash didn’t do anything to get the actor. Well except for knocking him the fuck out by throwing him through a brick wall. Then again, we’ve all been there. 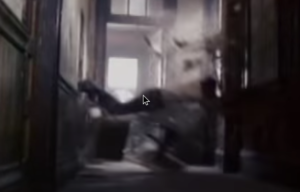