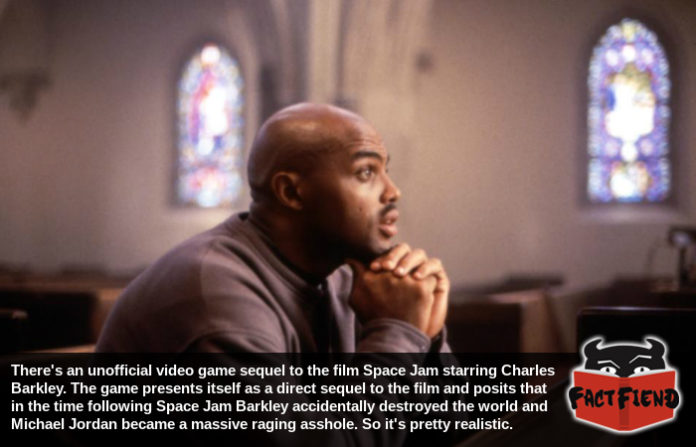 Space Jam is hands down the greatest 90’s era basketball movie starring Bugs Bunny and Michael Jordan, that much is certain. What’s less certain though is whether or not we’re ever going to get a Space Jam 2. If you’re one of many people who are annoyed that movie doesn’t exist yet, why not play the unofficial sequel video game starring Charles Barkley?

Called, Barkley, Shut Up and Jam: Gaiden, the game is presented as an official sequel to both Space Jam and the video game, Barkley Shut Up and Jam! and stars an ageing Charles Barkley on a quest to save basketball. Oh and it’s an RPG that literally steals half of its assets from other video games and has missions that sees you doing everything from composing poetry for a furry to suplexing the ghost of Bill Cosby. 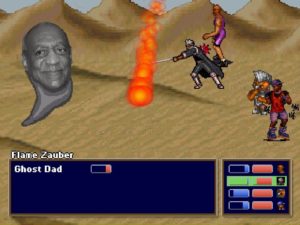 Set in the year 2053, the game’s plot is basically that following the events of Space Jam Charles Barkley accidentally performed a dunk of such astonishing power it obliterated New York leading to the sport of basketball being outlawed by none other than Michael Jackson. Because oh yeah, in this game the villain is the hero of the first story, how’s that for a fucking twist? 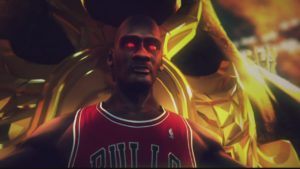 Throughout the game you can broker peace between two warring subterranean races, score a date for a dwarf with basketballs for skin, meet Wilford Brimley and eventually save basketball and the world by dunking on a shadow clone of yourself so hard everything explodes. Oh, and you have boss-fights with a cyborg version of Vince Carter, a suit-wearing Michael Jordan who wields a gun that shoots concentrated diabetes and a T-rex.

While absorbing the rich narrative you can also learn what it was like for Charles Barkley inside of the magic basketball from Space Jam as well as learn how the world reacted to a universe in which b-ball energy and skill has tangible form that can be stolen or given freely at will. A gaping plothole in the otherwise flawless Space Jam film. 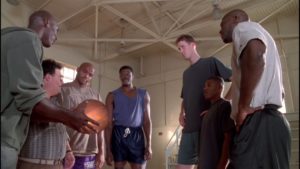 The best part is that the game is free, meaning you can go dunk on Michael Jordan right now while listening to the guy from Deep Purple scream nonsense lyrics over a generic butt-rock song.