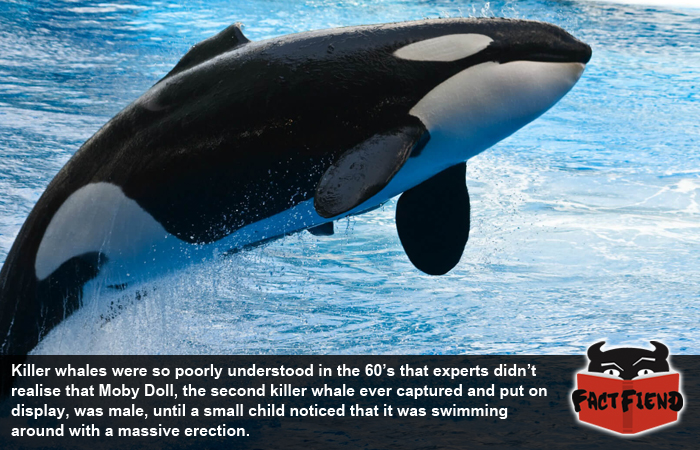 Moby Doll the orca holds the distinction of being the second killer whale to have been captured and then subsequently put on display as part of humanity’s never-ending quest to be a huge dick to every animal on Earth. According to historical accounts, Moby Doll was mistakenly identified as a girl for months until someone happened to notice that he was sporting a rather sizeable whale-erection most of the time.

Before getting to that though, yes we know that killer whales are technically dolphins and you’re not smart by pointing that out. Moving on, Moby Doll’s story began in 1964 when he was harpooned by an asshole called Samuel Burich who had been commissioned to kill a killer whale so that he could make a life-sized sculpture of it. When the whale insultingly refused to die, Burich decided to drag its ass to the Vancouver and put it on display there if it wanted to live so much.

The owner of the Vancouver aquarium, who was quite surprised when the sculptor he’d paid to make a model killer whale rolled up with a fucking real one, quickly dumped the creature into a small pool and began to capitalise on the novelty of owning the second killer whale ever captured by holding a radio contest to name it. Which is when a member of the press asked, quite innocently, whether it was a girl or a boy, to which the owner replied that he didn’t have a fucking clue. 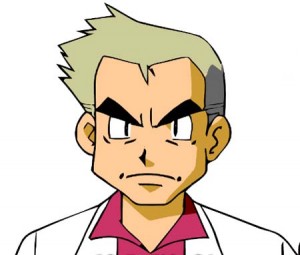 After consulting a whale “expert” called Gordy Pike, who surmised that due to the creature’s small size and gentle demeanour (back then it wasn’t really known that killer whales were actually fairly sensitive, docile creatures when it came to humans) it was most likely a female, the owner passed this news onto the press. The public, demonstrating a profound lack of imagination, then took this information and decided that the orca should be called “Moby Doll”.

Moby Doll’s gender remained unknown for several months, during which time he almost starved to death because nobody at the aquarium had any idea what killer whales ate, prompting to try feeding it, amongst other things, slabs of beef, octopus and at one point, the tongue of another whale specially imported from a whaling station. As un-fucking-believable as it’s going to sound, it took the aquarium two months to try feeding Moby Doll some fish, which it hungrily ate 200 pounds of on the first day someone decided to try it.

Around the same time, the other dumb fucking calling himself a whale expert tasked with caring for the Moby Doll, one Dr. Patrick McGeer, was informed that a young visitor had questioned whether or not the whale was actually a female. When McGeer angrily asked what possible reason the child had to question his profound and impeccable judgement, the aquarium employee casually mentioned that the kid had seen Moby Doll’s enormous, pendulous erection slapping around in the water earlier that day. Since there are almost no real comebacks to being proven wrong by an erection longer than your forearm, McGeer sheepishly admitted his mistake and went back to studying the creature’s behaviour.

Sadly, Moby Doll died a few weeks later due to a combination of inadequte care and infection from his initial harpoon wound. To add insult to injury, even though Moby Doll fucking died after only three months of being kept in captivity, the aquarium raised so much money that it inspired at least a dozen other aquariums to catch their own killer whales to put on display, making Moby Doll partly responsible for SeaWorld. Then again, he’s also partly responsible for Free Willy which probably evens it out, right?