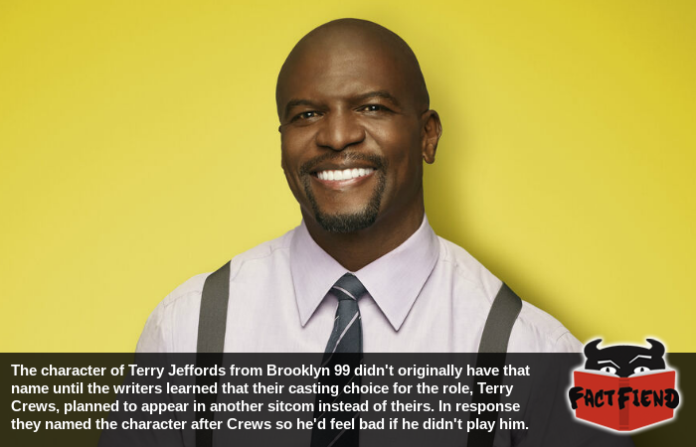 Given his towering, muscular frame and presumed ability to crush a man’s head with bare hands, you’d assume that it’d be fairly difficult to coerce Terry Crews to do, well, anything he didn’t want to do. Which didn’t stop a pair of writers from tricking Crews into playing a character on Brooklyn Nine-Nine.

That character is of course, Terry Jeffords. A hulking beast of a man noted as being a both a highly competent police officer and a tender, fatherly figure to the rest of the cast. Arguably one of the best parts of the show, Crews has received near-constant critical praise for his portrayal of Jeffords and the character is regarded by some as one of the best TV characters ever created. 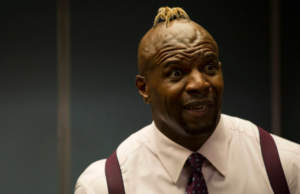 Now as the series has gone on the line between where Jeffords ends and Crews begins has blurred somewhat due to the fact the show’s writers have added more and more layers to Jeffords’ characterisation directly inspired by Crews. For example, a running gag about Jeffords is that he fucking loves yogurt, a facet of his personality the writers lifted wholesale from Crews who has noted multiple times that he has a particular fondness for the snack. So much so we should add that there’s a brand of yogurt with his face on it that he helped create. 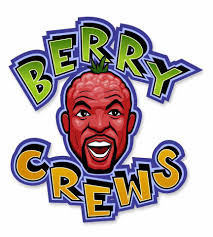 It’s also worth noting that Jeffords and Crews literally have the same first name, which isn’t a coincidence.

You see, according to Crews when he was initially contacted about appearing in Brooklyn Nine-Nine by the show’s creators, Dan Goor and Michael Schur, he was hesitant to accept. Telling the pair that he was considering other roles. For anyone unfamiliar with Goor or Schur, it’s worth pointing out that the former wrote some of the best episodes of Parks & Rec while the latter wrote and appeared in some of the best episodes of The Office.

So we mean, while yeah, it makes sense that Crews wanted to keep his options open, it’s hard to imagine either pilot he was considering over Brooklyn Nine-Nine would have has better writing.

Moving on, when Goor and Schur learned that Crews was considering other options they slyly altered the script of the pilot so that the character they had in mind for him to play was now called Terry. The pair then called Crews to casually inform him that while he was free to chose to appear in one of the other pilots he was considering, if he passed on Brooklyn Nine-Nine he’d have to watch another actor play his character on the show.

After calling the two men a pair of bastards, Crews accepted the role, because come on, it’s not like he had a choice after that dunk.