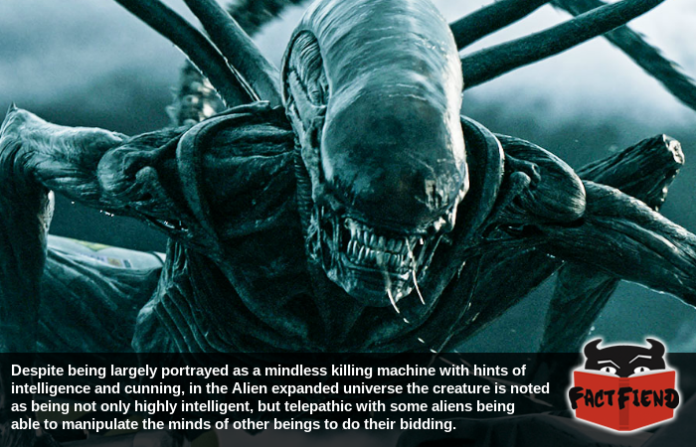 The Alien, or Xenomorph for those of you who think that name sounds cooler (which it does), is a fictional creature that has appeared in countless forms of media. As such, much about the Alien has been revealed outside of the many movies in which it has appeared, like the fact it has the ability to read your mind.

Now you may be wondering after hearing that if the Alien supposedly has the ability to read minds and a highly developed intellect, why does it act like a fucking idiot in some of the movies it appear in? Our favourite example of which being the Alien in Alien: Covenant which inexplicably leaps into the waiting jaws of a pneumatic claw, allowing itself to be captured like cheetah-sized spider under a giant glass. 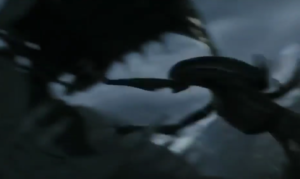 Well according to the various Alien comics and novels that have been written, this apparent discrepancy in Alien intelligence is the result of a number of factors. A key one being that an individual Alien’s capacity for intelligent thought is believed to correlate to the host species it originated from. Which is why it is theorised for example that the Alien in Alien 3, which spawned from a dog, is more animal-like than other Aliens in the series. Also, because this is amazing, they actually tried to use a dog in an Alien costume to show this in the movie before they realised that it made the Alien look adorable rather than scary.

Note as well how we used the word “theorised” up there because the Alien Extended Universe, as dumb as it gets sometimes, knows that the Alien is scarier the less you know about it. As such, even in Alien novels and comics exploring the species, they are sure to speak about in a manner that maintains the air of mystique surrounding the creature.

This said, we do know, for a fact, that one kind of Alien absolutely possess an incredible capacity for intelligence and cunning. The Alien Queen. 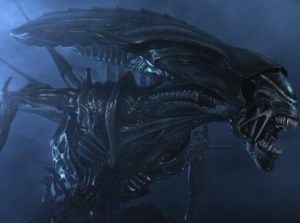 However, here’s where things get silly though because Alien media has noted that the Alien Queen is not just intelligent. It has has nebulously defined psychic abilities allowing it to communicate instantly with other Aliens and even humans if it feels like it. Things get just a little more stupid though because while in the films the Queen is the biggest, baddest Alien we’re ever introduced to. In the comics and novels there are two kinds of Alien known to be more dangerous. The Alien Empress and above that, the Queen Mother. A towering engine of destruction with “vast” telepathic abilities that grant it total, unequivocal control over every Alien in the universe. 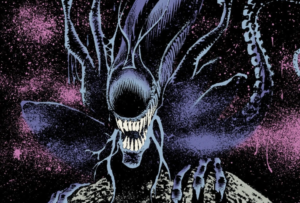 As if that wasn’t scary enough, this Alien can also use its power to control humans or, if it feels particularly dickish, torment them with nightmares or visions of Aliens eating their dick off or whatever. How much this mind-bending ability extended to lesser Aliens is unclear, though there are some allusions to the fact even regularly, bitch-level Aliens can telepathically command or coerce people with particularly weak minds. Which just seems unfair given the creature can run at 60 MPH, headbutt its way through a starship hull and is also bulletproof, but we guess that’s what makes it so damn scary.