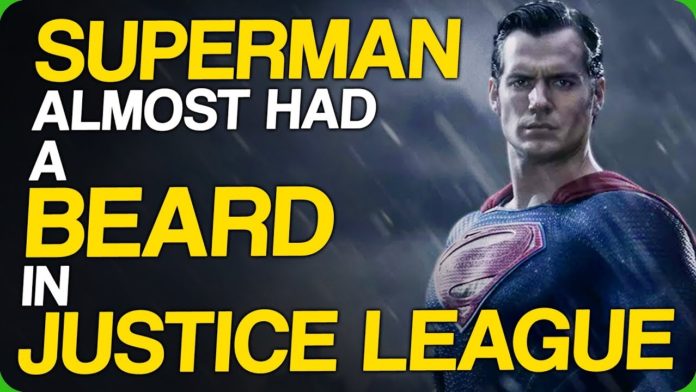 Warner Bros famously spent literally millions of dollars trying to CGI a moustache off of Henry Cavill’s face for Justice League only to ended up making the Man of Tomorrow look like his face was melting in every other scene. A fact that is kind of hilarious considering Warner Bros openly admitted it would have been easier to just give Superman a fucking beard.

First though, for anyone who doesn’t know what the hell we’re talking about. After the critical mauling Suicide Squad received and noticing that the general consensus amongst movie fans online was that Justice League was probably going to suck a bunch of shit, Warner Bros hired Joss Whedon and told him to try and scrub some of the Zak Snyder stink off their movie. The problem was, the movie was pretty much finished when they did this, so finished in fact that Henry Cavill had already started filming another movie. Specifically, Mission Impossible 6. A movie it should be noted that Cavill was contractually obligated to grow and maintain a glorious porn ‘stache that even Mike Haggar would be proud of.

When Cavill turned up for reshoots, he explained to a baffled Joss Whedon that per the terms of his contract with Paramount Pictures, he was absolutely not allowed to shave his facial fuzz. When Whedon passed this information on to Warner Bros, executives at the company reportedly threw a massive shit-fit and hastily scrambled the visual effects crew working on the movie, LDN Films, and asked them whether or not it’d be possible to quite literally fix that shit in post.

LDN Films patiently explained to Warner Bros that while it was theoretically possible to use CGI to remove Cavill’s facial fuzz, it would be far easier and cheaper to simply shave the ‘stache off and use CGI to put it back on for Mission Impossible 6. Warner Bros took this information to Paramount and proposed what they saw as an amicable solution, let Cavill shave and in return they’d pay any and all costs associated with putting it back on using CGI. To sweeten the deal and show that it’d work, Warner Bros went as far to have LDN CGI a beard onto Superman’s face on some footage he’d already shot for Justice League to show how realistic it looked. Paramount executives considered the offer for a moment before telling Warner Bros to eat a sack of dicks with some dick-flavoured dipping sauce. As a result, the Last Son of Krypton ended up looking like this in all of the scenes they had to reshoot.

Yes, after giving a Powerpoint presentation to Paramount arguing that using CGI to add facial hair to Henry Cavill’s face was easier and cheaper than removing it and having footage they paid for showing that Cavill looked like a boss with a beard in the Superman costume. Warner Bros inexplicably decided to completely ignore their own advice.

But here’s the hilarious part. Superman ended up looking like shit in almost every scene he appeared in because almost none of the original footage Snyder shot ended up in the movie. In other words, they ended up using putting more footage of Cavill with a moustache into this film than they did footage of him clean shaven. Which begs the question, why didn’t they just, you know, CGI a ‘stache onto Cavill’s face in those scenes. We mean, it’s not like it could have looked any worse.

But no, Warner Bros decided to instead hastily scrub Cavill’s beard off with CGI and make their most valuable piece of intellectual property look his eyes were constantly screaming for death.