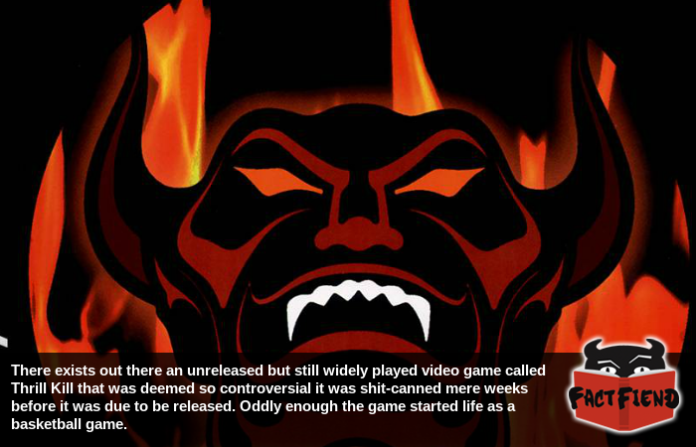 Thrill Kill is a video game best known for being shit-canned mere weeks before it was due to be released for being too violent. A fact that makes it all the more hilarious that the game actually began life as a basketball game where you dunked on Mayan gods.

Although mostly known for it’s excessive violence and sexual content, the game was considered to be a technical milestone of the medium for being one of the earliest fighting games to allow four players to kick the shit out of each other at the same time.

Now, as noted previously, the game was infamously cancelled just a couple of weeks before it was released, a fact that meant it was roughly “99% complete” when it was pulled from shelves. As a result, the game was almost comically easy to pirate when a basically-finished build wound up on the internet a short while later. Because of this the game is often called “the most played game that was never released“.

Initially hyped as the bloodier, more violent answer to Mortal Kombat the game inexplicably began life as a basketball game where you controlled and dunked on the Mayan pantheon. This game, tentatively called Earth Monster, was apparently all kinds of shitty but the basic mechanics had enough promise that it was re-purposed as Thrill Kill. 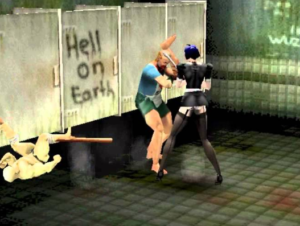 At first the game’s publisher, Virgin Interactive, was all kinds of excited to release the game and had plans to lean into the extreme brutality to market it. Hell, an early marketing stunt proposed before the whole thing was shit-canned was to send review copies exclusively to people who’d campaigned about violence in videogames. However when the company was bought by Electronic Arts they decided against releasing it purely because they didn’t want to deal with the kind of negative press a video game where you can kick a teenage contortionist to death as a beartrap-faced plastic surgeon.

The game didn’t really die though because in addition to pirated copies making their way onto the internet, the basic fighting system was used to create a ninja-themed fighting game starring members of the Wu-Tang Clan. No, we are not making that up. 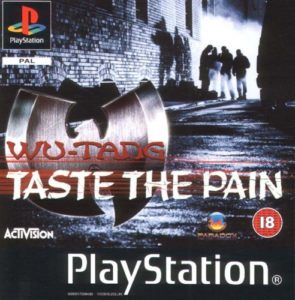 So just so we’re all on the same page about this story, a Wu-Tang Clan fighting game where the RZA uses twin ninja swords technically began life as a game where you dunked on Mayan gods. Aren’t video games fun?