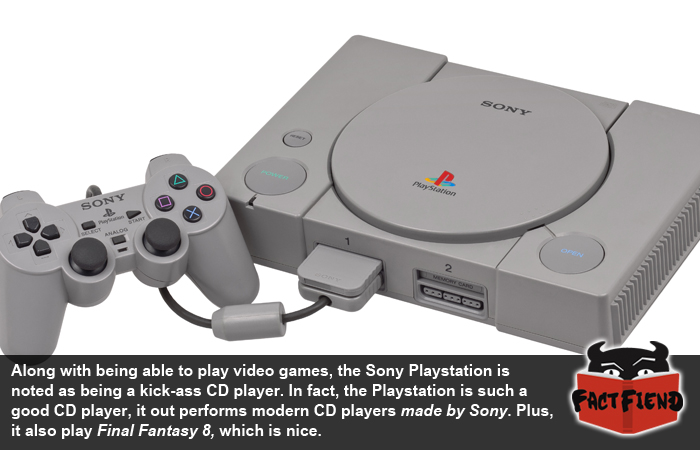 Given that you can now buy a fucking PlayStation 4, you wouldn’t think a there’d be much reason to buy a PlayStation 1. However, if you just so happen to be one of like 40 people who still buys CDs, the humble PS1 is still one of the best CD players money can buy.

According to audiophiles, which is just a fancy word for the kind of dickhead who makes smarmy comments about people who buy cheap headphones, the Sony PS1 can play CDs better than better than God’s boombox.

To explain, in terms of the kind of audio clarity it can kick out, a beat up old PS1 shits all over the sound pumped out by a thousand dollar piece of hardware specifically designed to do nothing but play CDs. This is so well known amongst audiophiles that there there’s a thriving market for a very specific kind of early PS1 that, due to the hardware it was made with, produces better quality sound than the best CD players on the market. A fact made doubly hilarious when you realise that some of these CD players are made by Sony!

The best part is, this isn’t the only time Sony has accidentally created a piece of hardware so good it made other, more expensive pieces of equipment they made obsolete. In fact, they’ve done it two more times since then, first with DVD players and the PS2 and then with Blu-ray players and the PS3. In both cases, on release each console was cheaper than a standalone DVD or Blu-ray player. In specific regards to the PS3, at launch it was almost a thousand dollars cheaper than a high-end Blu-ray player that offered no discernible difference in picture quality. This led to sites that didn’t even cover gaming advising early adopters of the Blu-ray format to just buy a PS3 if they absolutely couldn’t wait to watch their favourite movies in HD. 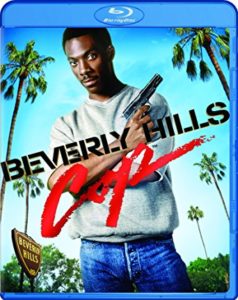 Part of the reason why Sony was able to do this is because video game consoles are sold at a loss (Sony lost about $250 on every single PS3 ever sold). Console manufacturers are uniquely one of only a few companies that can do this, since they’ll inevitably make back the money they lose on consoles with game sales. As for why Sony even bothered selling CD, DVD or Blu-ray players when they were making consoles for half the price, their gaming department is separate from their audio/visual department. This means that it’s highly likely that some bean counter at Sony’s audio/visual department has had to write off losses they’ve made because of competition from themselves in the past.