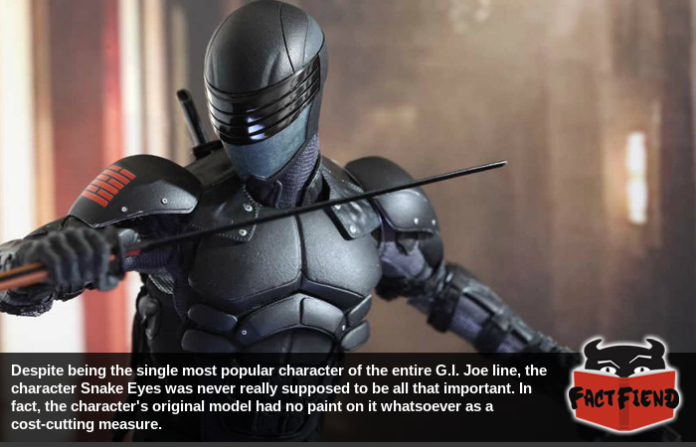 Snake Eyes is a fictional character who helped encourage more children to attempt sick martial arts moves than 5 seasons of Power Rangers and a Bruce Lee movie combined. An enduring cultural icon, Snake Eyes remains popular to this day, despite the fact he was literally never supposed to be a big deal. Like at all.

This is odd because the character was one of the first toys released under the G.I. Joe: A Real American Hero toyline. A re-imagining of the, at the time, stagnant G.I. Joe toyline from the 1960’s created with the goal of making the character cool again. A not insignificant feat considering that toys from the early G.I. Joe line looked like they were from a Village People play set. 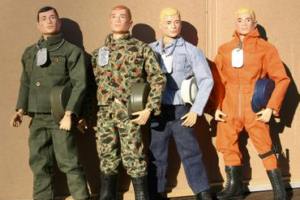 As part of this re-imagining one of the first things Hasbro decided to do was change G.I. Joe from singular character, to an elite unit comprised of the best soldiers in the world. With this in mind Hasbro came up with a bunch of ideas for characters who could make up the ranks of G.I. Joe. A problem though was that the toys were set to launch during an oil crisis, which made the cost of producing G.I. Joe figures on the same scale prohibitively expensive. A solution to which was found by simply making the figures smaller, much smaller. 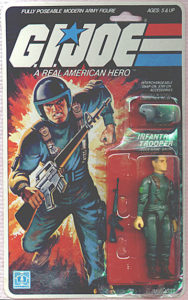 However, even this wasn’t enough to cut costs enough so a sacrifice needed to be made and that sacrifice was Snake Eyes. You see, paint was also incredibly expensive at the time and Hasbro were worried that there was simply too much detail on each individual figure. Unwilling to remove a little detail from each figure a decision was made to remove all detail from a single figure, Snake Eyes’ figure. 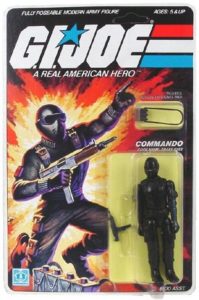 In essence this change turned what was supposed to be a cool ninja-esque character into a hunk of black plastic with a gun. However it was agreed by Hasbro executives that because ninjas dress in black anyway, nobody would give a shit and even then, they could always just buy the other, more detailed figures. In short, they never really planned on Snake Eyes being popular.

The thing is, kids ended up loving Snake Eyes thanks to a bump in the production process that resulted in around a year delay to the release. During this time the writer tasked with creating backstories for each character, Larry Hama, expanded on each character’s background. A background that would be condensed and then featured on the back of each toy’s box. Thanks to this Snake Eyes went from a hunk of non-descript black plastic to a silent soldier of fortune who’d been horribly wounded in battle and nursed himself back to health with ninjitsu.

As you might expect, kids, and especially young boys, absolutely fucking loved Snake Eyes and he quickly became the most popular and best-selling toy in the G.I. Joe line. In fact, the toy was bought and played with in such record numbers that surviving, boxed copies of the original Snake Eyes toy sell for thousands of dollars. Which isn’t bad for a toy they literally shat onto the market the second it rolled of the production line without any extra detail being added.