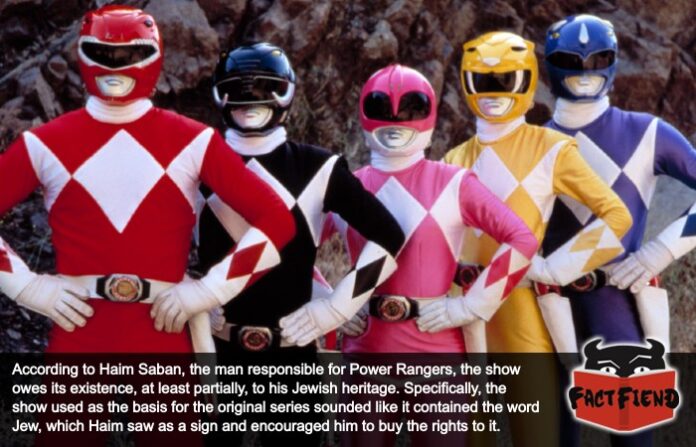 Power Rangers is a multi-billion dollar entertainment goliath created by media titan, Haim Saban, an eccentric Israeli businessman who saw spent almost a decade trying to sell the idea of Power Rangers to anybody who’d listen. A goal that was eventually realised thanks, in part, to Saban’s Jewish heritage.

To explain, as all the nerds in the comments likely already know, Power Rangers isn’t an original idea and every episode of the show ever produced is actually cobbled together footage from a long-running Japanese series called Super Sentai.

Specifically, episodes of Power Rangers use the action scenes from Super Sentai and link them together with footage shot in the US. Usually poorly and almost always with little to no regard for the original context. For example please consider this screencap of the Yellow Ranger sporting a massive, throbbing erection. 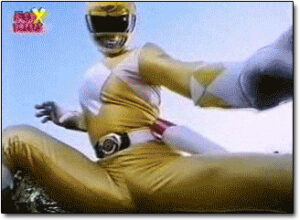 Anyway, whilst it might sound like an absolute ball-ache to stitch hours upon hours of context-less footage together into a semi-cohesive narrative, this method is actually extremely cost-effective and has proved to be remarkably beneficial for both Saban and Toei (the owners of Super Sentai). The former as it provides a near-endless supply of action footage to use as a base and the latter as it gives them a steady source of extra income they can spend on more cool shit for said action scenes. Like episodes featuring about 300 Power Rangers at once. 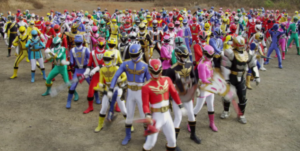 As for where the idea to do this even came from, that can be traced directly back to Haim Saban who randomly stumbled across an episode of Super Sentai during a business trip to Japan and realised that with a little editing and some additional footage, he could make an American version of the show for very little money. Saban also realised the immense marketing potential of the idea as well, in part, because all of the heroes in the show wore masks. Meaning any child watching the show could imagine themselves as one of the characters and then bitch until their parents bought them a toy of it.

The problem was, nobody else agreed with Saban and he subsequently spent about 8 years trying and failing to sell the idea. During which time there’d been about half a dozen series of Super Sentai,which for anyone who doesn’t know, like Power Rangers, changes the gimmick, costumes and cast every few years.

This is important because on that fateful 8th year the gimmick was rad-ass motherfucking dinosaurs and the series was called, Kyōryū Sentai Zyuranger. A title that steeled Saban’s resolve as, to his ears, Zyuranger sounded like Jew Ranger, which convinced him that, that was the season he would be able to sell because he was the Jew Ranger. No, really.

As it so happens, Saban was able to sell the idea that year and subsequently became a billionaire off the idea. A great legacy that he went right ahead and turned into solid fucking gold by also writing the show’s theme song.