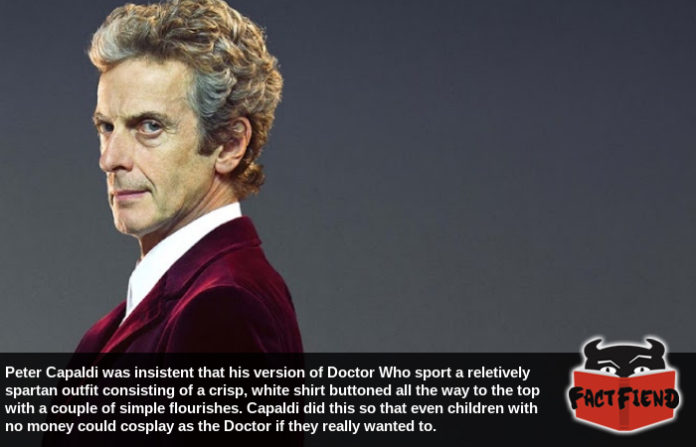 For Peter Capaldi getting the chance to physically portray Doctor Who on screen was a dream come true due to the fact he’s been a fan of the show and eponymous Time Lord since childhood. Acutely aware of how much the Doctor means to people and especially children, Capaldi made sure that any kid could cosplay as the character if they wanted to the moment he got an ounce of creative control.

According to Capaldi, as soon as his casting had been confirmed and his role as the Twelfth Doctor had been confirmed, he immediately began letting everyone know how big his dick was by flexing the full might of his creative influence on the show by insisting that the Doctor dress like this. 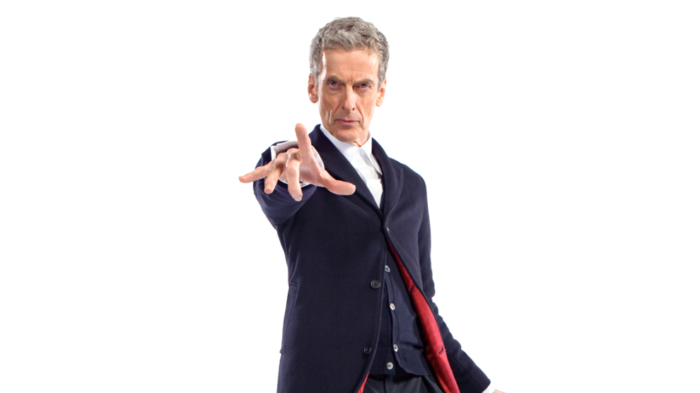 Specifically Capaldi told the costume department that he wanted the basis of his costume to consist of nothing but a crisp white shirt. His reasoning being that countless children across the world would inevitably want to dress as the Doctor and that such a simple costume could easily be replicated by a kid from any kind of socioeconomic background. For this reason, Capaldi refused to wear a tie and made the decision to wear the shirt buttoned all the way to the top the so that it looked visually distinct, meaning a kid wearing a white shirt buttoned in the same way could pretend to be the Doctor if they wanted to. In short, Capaldi wanted poor kids to be able to cosplay as the Doctor without having to beg their parents to buy them a stupid fucking bow tie or a 12 foot long scarf.

This was of the utmost importance to Capaldi who himself had been a childhood super-fan of the Doctor to the point he wrote so many letters to the official Doctor Who fan club they asked him to stop. Capaldi also wrote shit-stirring letters to the BBC asking if they’d fire the current secretary of the fan club and give him the job instead, prompting a BBC executive to joke in a private letter to that same secretary that they wanted a Dalek to exterminate him.

These experiences as a young man instilled in Capaldi just how much the Doctor meant to people in their formative years and shaped his eventual decision to ensure that children from all backgrounds could mimic his on-screen antics when he became the Doctor.

As a result, while Capaldi did eventually agree to add flourishes to his outfit such as some shiny boots and a long, flowing coat he could swish around all dramatic like, he made sure the basis of his outfit was something any kid could find at home. A crisp white shirt and a pair of black trousers.