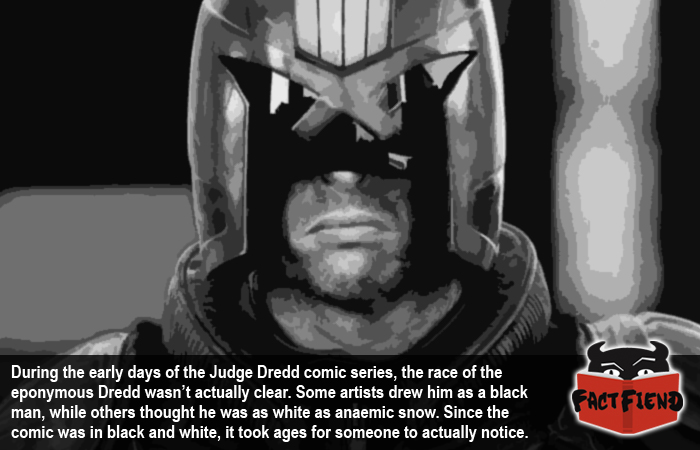 Fun fact: Did you know that when Judge Dredd was first introduced as a comic character back in 1977, nobody, including the people writing his comics had any idea what what race he was actually meant to be.

Though today we all know that Judge Dredd is a rippling white guy so terrifying he must never remove his helmet out of fear people seeing his face would cause them to collapse into a black hole of unworthiness. Back when the comics were first being created, there was a genuine mix-up about what race Dredd was supposed to be because the comics were in black and white and the name “Dredd” didn’t exactly convey any specific race.

As you may or may not know, the decision was made fairly early on that Dredd should never remove his helmet. The idea being that he was supposed to be a faceless sentinel of justice and what he looked like was of no importance in the context of the comics he existed in and presumably also because drawing eyes is really hard.

With that in mind, we can forgive early or even modern artists for not knowing what Dredd looks like because we are literally never supposed to see his face. But seriously, people didn’t know what race this guy was? Was there confusion about whether Dredd was an African name? Did he drive like this while all the other judges drove like this, seriously, what the fuck?

However, when he left the comic, artist Mike McMahon was quickly drafted in to fill his shoes. Since he only had Ezquerra’s (black and white) drawings to go on, he assumed Dredd was black, and as a result, deliberately drew Dredd as a black guy.

Similarly other artists looked at these exact same drawings and came to the exact opposite conclusion, surmising that Dredd was actually a pasty white guy and drew him with “white” features, whatever the fuck they are. It wasn’t until much later that Dredd was officially and canonically recognised as being a white guy that artists stopped drawing him with more ethnic features. This means that for a while, however brief, there was a comic character who kicked so much ass, no one actually cared what color he was. Which is pretty great. 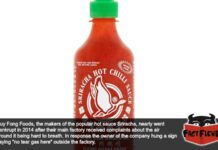