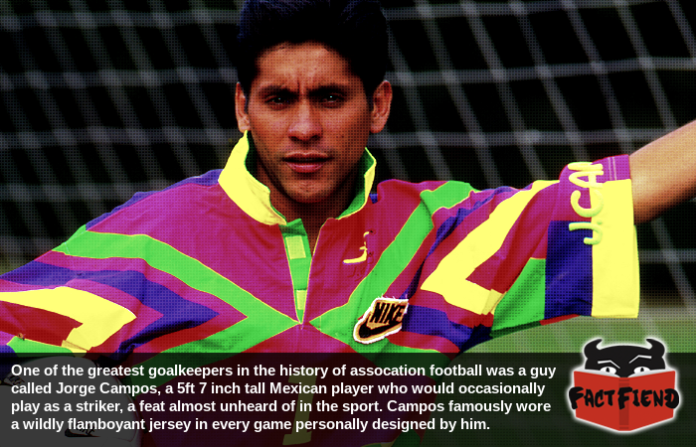 In the world of association football (which we have to call it so Americans don’t get confused) the role of goalkeeper is one normally reserved for gangly ladder-men with arms that are 9 foot long. Something nobody apparently told Jorge Campos, a man made up for his lack of height with an abundance of swagger. If you’re an avid of the sports, you can bet on your teams now on slot online for a chance to win some quick cash.

First though for anyone unfamiliar with the sport of association football, the average height of a typical goalkeeper is around 6ft 3 inches tall, a full half foot and change taller than Campos stood. Now ordinarily, given that the position requires protecting a 20 foot wide net from balls being rocket toward you at Mach 3 by men who can kick with enough force to decapitate a horse … 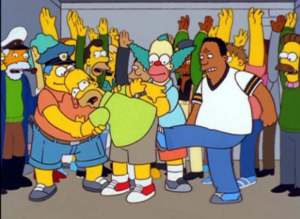 Being so short is considered to be a hindrance. This didn’t appear to be the case with Campos who was able to effortlessly save goals a man almost twice his size would struggle to land a fingertip due to formidable athleticism and ability to propel himself through the air with his giant man-thighs. 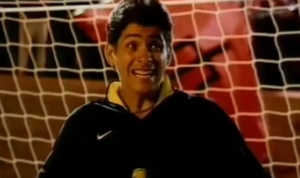 Campos was a natural acrobat who could jump a dozen feet through the air, sprint with cheetah-like speed and turn faster than a gazelle with its dick stuck to a ceiling fan. All of which combined to make him a fucking terrifying presence on the pitch if you happened to be within, oh say, several hundred feet of his goal.

You see, unlike most goalkeepers Campos was happy to sprint directly out the penalty box (a small area on the pitch most goalkeepers prowl like a hungry panther) to meet incoming strikers. A skill Campos honed during his time playing as a striker himself, which for anyone unfamiliar with the sport is essentially the exact opposite of being a goalkeeper.

In fact, Campos was so effective as both a striker and a goalkeeper that managers often had trouble figuring out where the fuck to put him on the pitch. As an idea of how effective in each role Campos was managers would sometimes take him out of the new when they were losing because they needed him to go score an overhead scissor kick. A line that isn’t hyperbole, by the way, Campos could actually fucking do that.

A flamboyant figure, Campos seemingly relished in making a spectacle of himself, doing things like punching the ball out of the net rather than catching it, hanging on the bars of his own net when he was bored and even flinging himself head-first at the ball to score when it was completely unnecessary to do so. In regards to that last one, after scoring the goal Campos did this, just to fuck with the goalkeeper who gave him a playful kick up the arse for doing so. 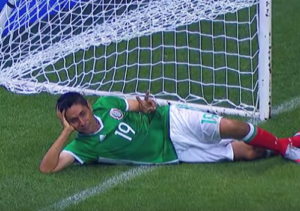 Campos was best known though for his sense of style or lack thereof and he spent most of his career taking advantage of an obscure rule in association football that says goalkeepers have to wear a uniform that differentiates themselves from their team in some way. Now most goalkeepers tend to do this by simply wearing a different colored shirt to their team, usually with long sleeves so they don’t scrape their elbows when they give around. However, Campos was all “fuck that” and instead opted to wear the most garish, eye-fuckingly bright shirts possible. All of which were custom-designed by him and inspired by the surfing outfits he used to see back in his hometown of Acapulco. 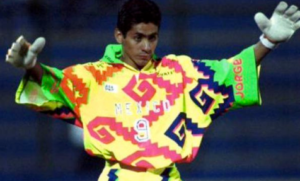 To be clear, that isn’t a joke outfit Campos wore during an exhibition match or something, that’s the actual shirt he decided to wear when competing for his national team and he purposely ordered one that was like 5 sizes too big so it looked as stupid as possible. The apparent intention being to style on his opponents as hard and thoroughly as possible. A goal we absolutely and completely respect.