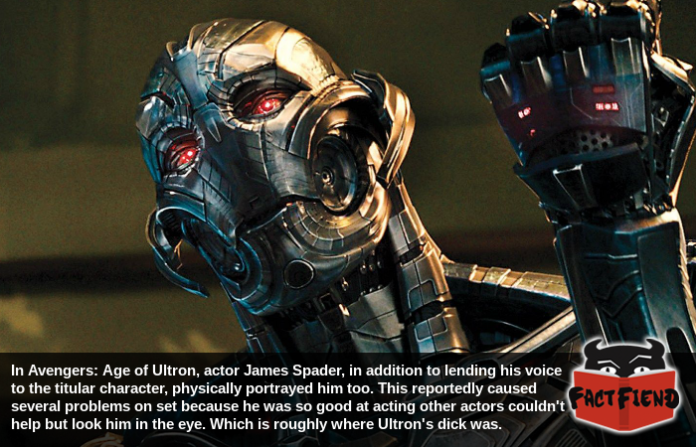 In the MCU, Ulton is 9 foot tall robotic hyper-genius made of an indestructible fictional alloy with a voice that hits the ear like smooth, audible caramel. A voice provided by actor James Spader who was so charismatic the rest of the cast ended up staring directly at Ultron’s penis.

First though, for anyone unfamiliar with how everyone’s favourite megalomaniac AI was realised in Age of Ultron, James Spader provided both the voice and physical basis for the character. To accomplish the latter Spader slapped on one of those stupid CGI suits you usually see being worn by Andy Serkis and got right to work. 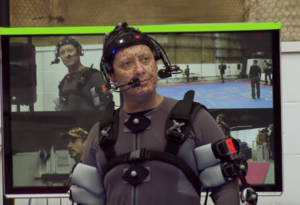 Speaking of Andy Serkis, he reportedly gave Spader advice on how to move around wearing the suit when the two shared scenes. Advice we’re presuming paid off given that pretty much everyone involved with the production of the film has had nothing but good things to say about his performance.

As far as we can tell Spader enjoyed the role and the unique challenges presented by pretending to be a genocidal bipedal robot and went above and beyond what was expected of him given that he was literally only cast because of his piercing sex-gaze and hypnotic, melodic voice. 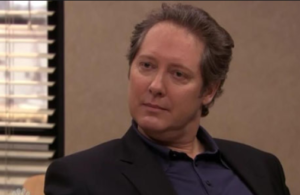 We’re not kidding about that last line by the way and Spader was reportedly the only casting choice for Ultron specifically because of his voice. However, it quickly became apparent while filming that this created a rather, unusual problem that needed to be addressed.

You see at one point in the film Ultron upgrades himself, going from a roughly human-sized robo-body to a new, towering form strong enough to crush Iron Man’s helmet like a discarded beer can. 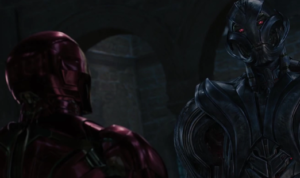 To give actors appearing in scenes with Ultron in this new body, a device that basically amounted to a stick with glowing red balls on it, was attached to Spader’s mo-cap suit to give everyone an idea of where Ultron’s eyeline would be. 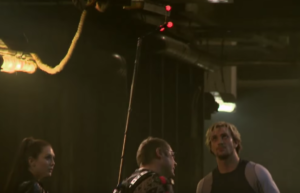 The thing is, Spader’s performance was so magnetic and his voice was so silky smooth that other members of the cast genuinely found it difficult to stare anyway but directly at his face. Elizabeth Olsen (who played Scarlet Witch in the film) found it especially difficult to avoid doing this and would constantly find herself struggling to stare at the glowing orbs above Spader’s head rather than his face.

What makes this especially hilarious though is that Ultron was roughly twice the height of Spader, meaning when actors found themselves doing this it looked like (with CGI added) that they were checking out Ultron’s metallic robo-penis. Which is just great.