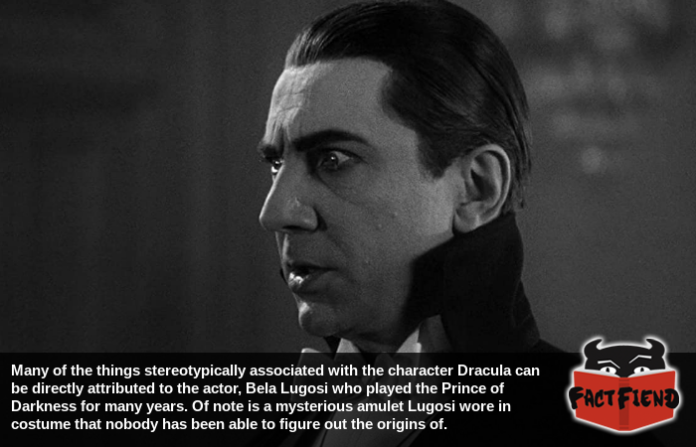 Count Dracula is a character who has been re-imagined countless times in popular media with each usually adding to or building upon the mythos of the character. Perhaps the most mysterious addition to Dracula though is the mysterious amulet some versions of the character wear. A facet of Dracula’s wardrobe credited to one man, Bela Lugosi.

An important thing to note about Dracula is that the image a lot of people have in their minds of Dracula isn’t true to the original stories he hails from, like at all. For example, whilst most versions of Dracula show the Count as being an impeccably well-groomed, sophisticated and ultimately very handsome and supremely fuckable individual. The original Dracula novel describes him as being more bestial in appearance, noting that he has a bushy mono-brow, giant moustache and even hair all over his palms. A look rarely seen in any Dracula related media, with even the highly accurate-to-the-books early Christopher Lee Dracula films only featuring the moustache. 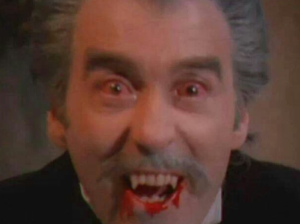 Now while yes, the novel does note that Dracula gets more youthful and handsome as he consumes blood, he’s still described as being a gaunt and most importantly, inhuman looking figure. Something that changed with live-action takes on the character and changed a whole lot when Bela Lugosi started playing him. Mostly because Lugosi is noted as being the guy who made Dracula sexy. Almost purely by being his fine-as-fuck self. 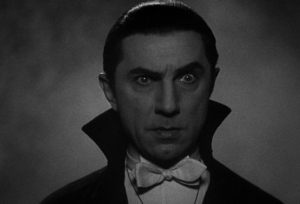 You see, Lugosi was born in Hungary and as a result, possessed pretty much the exact kind of accent the vampire lord would possess if he existed. In addition, Lugosi was also very tall for the time, standing a hair over 6 feet tall with broad shoulders and immaculate posture, allowing him to own the room and the vagina of everyone woman in the room from the moment he stepped on stage.

Lugosi also spent years perfecting what is now often called “The Dracula Stare”, a piercing, icey glare so effective that audiences watching would scream and sometimes straight up fucking faint out of sheer terror whenever Lugosi unleashed it during a performance. 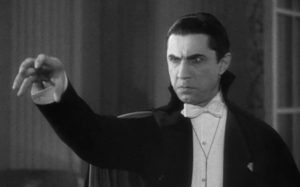 However, perhaps the most enigmatic aspect of Lugosi’s Dracula was a strange amulet he wore when playing the character. Specifically, the amulet in this photo. 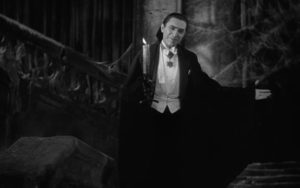 Now while Lugosi only wore the amulet in like 3 scenes, it has since become one of the most enduring aspects of the character to the point many assume it must have been sometimes pulled from the original novel or something. Here’s the thing though, it’s not and nobody can really figure out why Lugosi wore the amulet or where he got it from. As if that wasn’t strange enough, nobody seems to know where the amulet went either, with rumours suggesting everything from it simply being lost by a intern to it being a treasured heirloom of Lugosi’s that he was later buried with.

The latter rumour being the one we personally choose to believe because it’s known that Lugosi was buried wearing his signature Dracula cape, in addition to a tuxedo. Which means that, if this rumour is true, Lugosi was buried dressed like a vampire.