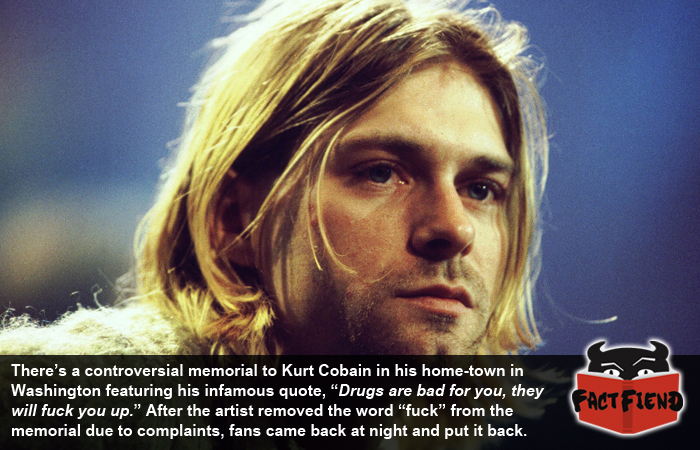 Throughout his life Kurt Cobain lived the rock star dream by basically doing whatever the fuck he wanted all of the time, admittedly the thing Cobain usually wanted to do was a shit-ton of heroin, but hey, we’re not here to judge. Even after he died, Cobain’s legacy of refusing to be told what to do lived on, most hilariously through a small granite memorial in his home-town of Aberdeen, Washington.

The memorial in question is located in the appropriately named Kurt Cobain Memorial Park, which features both official and unofficial memorials to the late rockstar in the form of art, statues and a selection of tasteful graffiti.

Quite fittingly for a memorial to Kurt Cobain who was never one to forget his grunge roots, the park has variously been described as a “shit hole”. Which suits Nirvana fans down to the ground who’ve taken it upon themselves to cover every inch of the park not covered in grass with tributes to Cobain, threats of violence towards Courtney Love and lyrics from his songs.

One of the more controversial is a small granite memorial bearing a likeness of Cobain that originally featured an inscription of his infamous quote, “Drugs are bad, they will fuck you up” along with other, more child-friendly Cobain quotes about challenging the status quo and all that junk. After the memorial was unveiled city officials suddenly decided that the use of the word fuck was unacceptable and began pressuring the artist who made it to alter or otherwise remove it. Somewhat ironically, the city official spearheading the campaign to remove the word was well-known in Aberdeen for screaming the word “bullshit” during town meetings when they didn’t agree with someone and had done so despite numerous request to stop. It’s also worth keeping in mind that these are the same officials who’ve used the fact Cobain was born in their town to milk money from tourists for years. 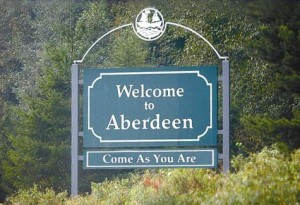 Unwilling to fight the city for what was quite literally, a tiny fucking issue, the artists quietly removed the offending word using a sandblaster, which sort of irked Nirvana fans who aren’t exactly known for being the most reasonable people or for letting things go. 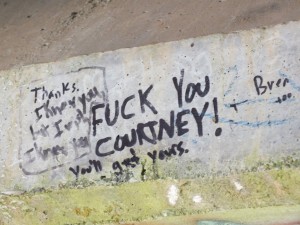 That very night, fans took it upon themselves to put the word fuck back using marker pens and have done so after every subsequent attempt by the city to remove it. Nowadays the memorial serves as a constant unflinching reminder to the world that it’s really not worth ever engaging with angry Nirvana fans. 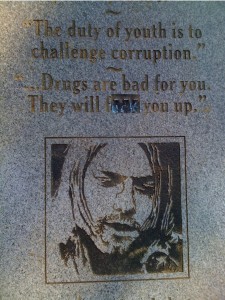