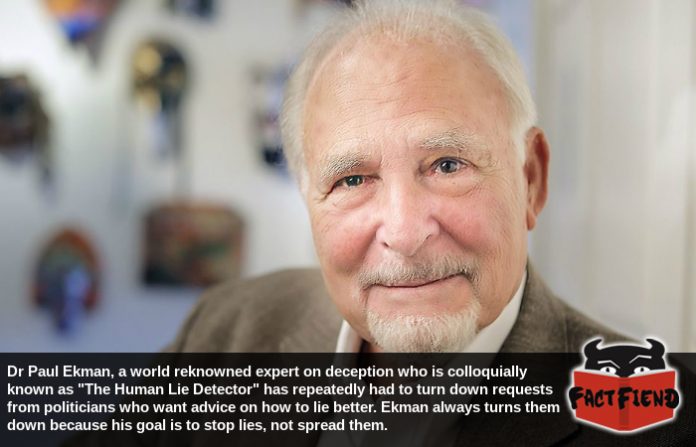 Widely regarded as one of the foremost experts on lying and deception, Dr Paul Ekman has spent virtually his entire adult life learning the various idiosyncrasies displayed by humans when they’re mid-whopper. As a result of his years of study into this highly specific subject Ekman is basically a human-shaped lie detector. A skill Ekman has rather adorably endeavoured to only use for good.

For anyone unfamiliar with Ekman’s work, in a nutshell he’s spent literally decades studying human faces, emotion and something known as microexpressions. Tiny, involuntary facial spasms that are near impossible to hide and even harder to detect. Unless that is, you’re a motherfucking Truth Wizard. 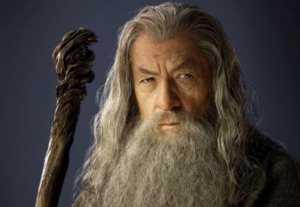 That’s not something we made up by the way, that’s the term a colleague of Ekman’s called Maureen O’Sullivan coined to describe people with an apparent affinity for detecting lies. Both Ekman and O’Sullivan have noted in subsequent research, articles and interviews that “natural” Truth Wizards are exceptionally rare (they themselves only found 50 after interviewing some 20,000 people), but that it is a skill that can be learned.

As you can imagine given that he basically invented this shit, Ekman is a master of picking up on microexpressions and as a result, is exceptionally skilled at noticing when someone is lying to him. So much so that they went right ahead and based an entire fucking show on his life’s work called Lie to Me starring Tim Roth trying his absolute hardest to look cool. 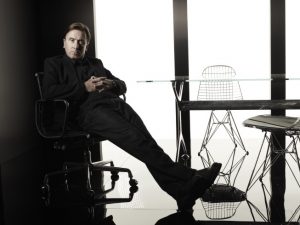 Ekman served as an adviser to the show and reviewed every single script to ensure that nothing shown was unrealistic. His reason for doing this being that he didn’t want any junk science being features on the show because he was keenly aware that people are dumb and might assume any bullshit techniques shown off were real. You know, kind of like how the show CSI has been criticised in the past for giving people an unrealistic idea of how accurate actual CSI work is.

This has been a running theme throughout Ekman’s life, with him staunchly refusing to use his skills for evil, even tangentially. For example, none of Ekman’s research or the tools offered by his website to learn how to read faces and detect lies can be accessed in non-democratic countries. Why? Well, to without getting too dark, Ekman doesn’t want his work falling into the hands of shady governments because he knows how useful his techniques would be to a torturer. Man, Uncle Ben be proud as shit of this guy. 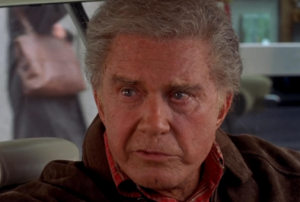 In a similar vein, while Ekman is happy to share his knowledge with everyone from the FBI to used car salesmen, he draws the line at politicians because he feels they would only abuse the knowledge to lie even harder. Something Ekman doesn’t like because his goal has always been to get people to lie less, not more.

Far from being an irrational fear, in a 2009 interview Ekman revealed that he had been approached multiple times by members of the US Senate and even presidential candidates asking him to help them learn to lie better. It may warm your heart to learn that Ekman told each and everyone single one of the people who asked this to go away and eat shit in whichever order they preferred because Dr Paul Ekman isn’t about that life.