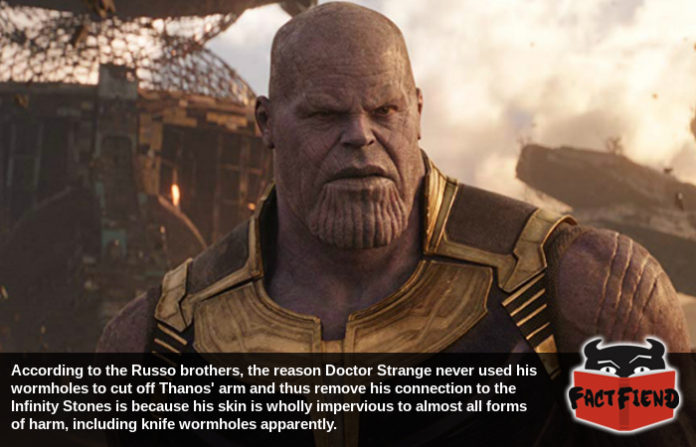 In the MCU Thanos stands as the most intimidating and powerful villain the pantheon of heroes established in that universe has ever faced. While Thanos’ powers and abilities aren’t all that well defined in the films he appears in, at least according to the Russo brothers, he does have an indestructible asshole.

Before that though, as powerful as Thanos appears in the the MCU, in the original comics he appears in the Mad Titan is one of the most supremely powerful entities in the entire Marvel universe. Even without that Infinity Stones he covets so much Thanos is described as being a universal level threat and with them, a threat to all of reality itself. 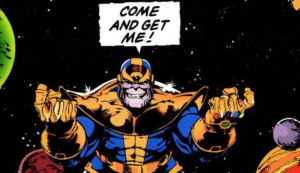 A mutant of his already immensely powerful and ancient race, comic Thanos has the rather unusual mutant ability that allows him to augment his already tremendous strength at will via the catalyzation of the near-infinite amount of cosmic radiation floating around space. Hell even without doing this the Galactic Conqueror is capable of easily overpowering even immeasurably strong beings like the Hulk with his bare fucking hands. 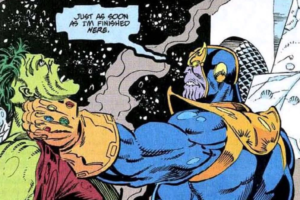 However, it’s Thanos’ durability that really sets him apart from other Marvel villains because he’s for all intents and purposes, unkillable. As in, there’s a comic where the physical manifestation of Death tells Thanos to fuck off and leave it alone, in effect meaning he was, for a time, literally unable to die as Death itself wouldn’t allow him to enter its realm. Although this is no longer the case, Thanos is still pretty fucking hard to kill, surviving everything from the Silver Surfer’s silver sex blasts to a full force hit to the face from Thor wielding the power gem. An item that imbues the wielder with enough physical strength to tear reality asunder.

Now while the MCU version of Thanos is notable less powerful than his comic counterpart, his durability and strength levels are fucking up there. This is one of the reasons why the Russo brothers (who directed Infinity War) included a scene of the Mad Titan effortlessly dispatching the Hulk with a few punches to the dick in that film. They wanted to show that Thanos was stronger than even the strongest Avenger. 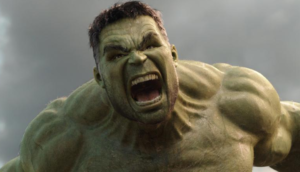 Amusingly the extent of Thanos’ strength and durability is such that, at least according to the Russos, he could have survived Doctor Strange doing that weird portal thing he uses to cut someone’s head off in Infinity War to his hand, which is why the good doctor never does that. But it gets better because again according to the directing duo, Thanos’ durability is such that he could have even survived Ant-Man flying inside of his asshole and turning into Giant-Man. Which means that, yes, it is the official position of the men who directed Infinity War and Endgame that Thanos possesses an indestructible, unbeatable anus.