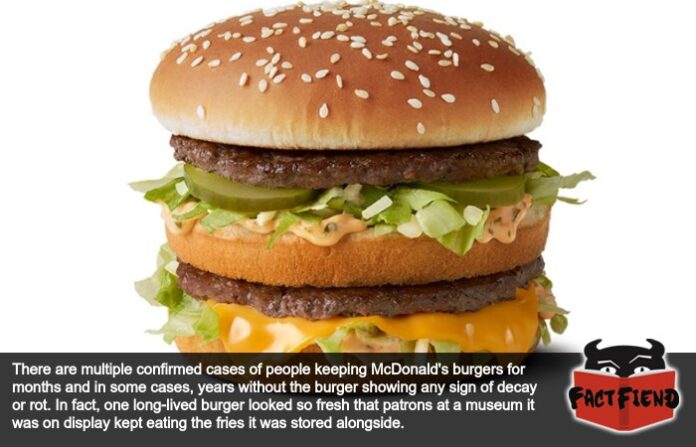 Like many fast food restaurants McDonald’s is primarily known for selling shitty food for relatively little money and people respect that because sometimes, you’re hungry and don’t want to spend a lot of money. The thing is, McDonald’s really doesn’t like that people think it’s food is a processed mass of preservatives and beef sinew held together by marketing and the limp, flaccid grip of its paper packaging. A fact no better summed up than by the companies staunch refusal to admit that it sells forever burgers.

To explain, at some point you’ve probably seen rumours floating around online that McDonald’s burgers don’t rot and are seemingly immune to the ravages of time like they’re made with the same stuff we assume Tom Cruise bathes in each and every morning.

As ridiculous as this might sound, there is a degree of truth to it with there being several examples of McDonald’s burgers lasting well over a decade without any signs of rot or decay. For example in 2015, Buzzfeed chronicled the story of two Australian men who bought a quarter pounder from McDonald’s two decades prior and had kept it in a small wooden box for two straight decades after a friend asked them to buy it for him and then, just never turned up to their agreed hangout. As a joke the men kept the burger just in case he ever did turn up and decided he was hungry.

For the curious, while the burger looked fine it was wholly inedible, with its proud owners noting that it was “rock hard” and thus, impossible for someone to eat. Which isn’t surprising considering it was stored in box in Australia for two decades. 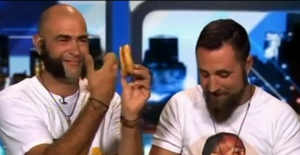 However the same isn’t true of the Snotra House hamburger, which is notable for being (supposedly) the last McDondald’s burger ever sold in Iceland and for being displayed in the aforementioned Snotra House hostel as a curio for several years. Here’s the thing though, prior to finding its way to the hostel, the burger was housed in the National Museum of Iceland until the staff at the museum got so pissed at patrons eating the fries it was displayed alongside that they gave it away. Amazingly, the fries were reportedly edible despite the meal being bought a full 7 years earlier by businessman Hjörtur Smárason who bought it purely to see if the rumours about McDonald’s food never rotting were true. Something it seems he’s proven and then some.

Here’s the thing though, McDonald’s really doesn’t like stories like this and has repeatedly rebuffed claims that it’s food is so chock-full of additives and preservatives that the concept of time itself cannot touch it. Instead claiming that the reason it’s food can last longer than canned goods is because it’s so dry mould can’t form on it. Or to put it another way, it’s the official position of McDonald’s that its food is so dry and shitty, even bacteria doesn’t want to eat it.

As an idea of how much McDonald’s hates this story, they’ve released official statements debunking it as recently as 2020 saying their food can rot. A fact that’s kind of amazing when you consider they’ll never be able to prove it because there’s no way McDonald’s is going to release a picture of one of its own products covered in mould.