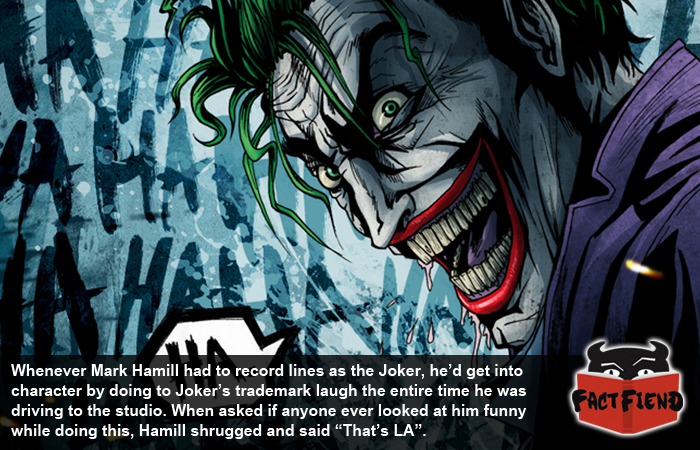 Mark Hamill is known primarily for portraying two characters, goodie-two-shoes farm boy Luke Skywalker and sociopathic mass-murder, the Joker. Like many actors who’ve played the Clown Prince of Crime, Hamill had a very specific way of getting into character. Mainly laughing like a jackass the entire time he was driving to the studio.

Hamill has been voicing the Joker on and off since the early 90’s and has, by his own admission, lost count of exactly how many pieces of media he’s voiced the character for. Along with films, cartoons and video games, Hamill has even lent his voice to Joker toys and action figures, gigs he admits didn’t pay well but he took anyway because he hated the idea of anyone else but him voicing the character. 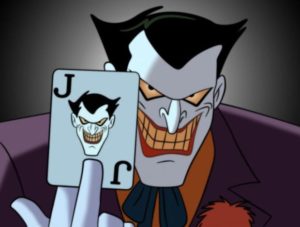 Consistently praised by fans and critics for his characterisation of everyone’s favourite clown-themed criminal, Hamill’s voice was, for a time, so intrinsically linked to the character that DC went as far to hire him to provide voice over work for live action shows starring the Joker.

To explain, in 2002 Warner Bros funded a short-lived live-action TV shows called Birds of Prey based on the comics of the same name. The Joker made a brief cameo on the show in a flashback. At the time Hamill’s Joker voice was so distinct that Warner Bros just had him dub over the guy they hired to play the Joker and then put a shitty blur filter over his face and then played the whole thing in slow-motion so that you couldn’t see it wasn’t him talking.

Which begs the question, if they were going to do that, why didn’t they just hire Mark Hamill and dress him like the Joker? Well, while it’s never been confirmed by anyone at Warner Bros or DC, a commonly accepted theory is that Hamill was simply too old, making the studio hesitant to cast him. It probably also had something to do with the fact for much of his later career, Hamill had a definite “crazy old man” vibe about him.

Which kind of makes sense we guess. We can’t imagine that audiences would take very well to a visibly dishevelled and unkempt version of a character known for having immaculately applied make-up and wearing crisp tailored suits. 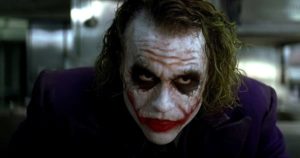 According to Hamill voicing the Joker initially required getting himself into a very specific mindset and required an entire morning of preparation. However, later his his career he got the whole thing down to the point he could get into character in the time it took to drive to the studio. As noted at the top of this page, Hamill did this by laughing like a lunatic the entire way.

Amazingly, according to Hamill nobody in LA ever seemed to care about him doing this and he could sit in traffic laughing like a fictional mass-murdering clown without anybody giving a shit. So yeah, if you need a laugh today remember that someone in LA probably saw Luke Skywalker driving around screaming like his balls were on fire in the 90’s and gave approximately zero fucks about it.