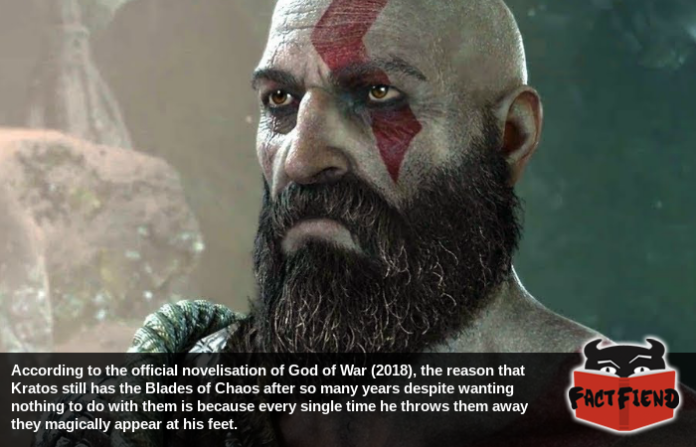 For much of his fictional history, the character Kratos from God of War was defined by his use of the Blades of Chaos. A set of chained blades forged in the fiery depths of Hades described as being so deadly they can even injure a god, the blades can accomplish a wide variety of fantastical feats. A seldom discussed secondary ability of the blades though is that they are also magically bound to troll Kratos, forever.

Introduced in the first game of the series, the Blades of Chaos are amongst the most powerful weapons ever forged in the game’s universe. Which makes sense considering they were hand-forged by Ares himself and were designed specifically to be cause as much carnage and destruction as possible while being swung around at Mach 3 like a yo-yo stuck to a ceiling fan. 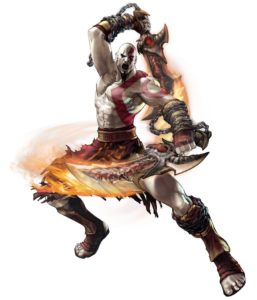 A downside of the blades though is that, at least in the first game, the chains of the weapon were painfully seared into the forearms of the wielder. They were also only granted to people who pledged their life in service of Ares, which is what happened to Kratos in the first game.

Now initially, Kratos didn’t mind having the blades magically attached to his body because of the power they granted him. However, when he was tricked into using them to kill his own wife and child by the gods, he came to detest the weapons. Though since they were bound to his flesh he did find them somewhat useful during his bloody revenge-quest to kill the entire Greek pantheon and a few manticores. 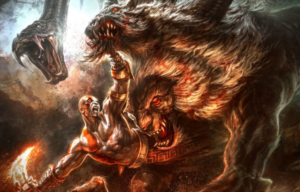 Now to cut a long story short, by the end of the original God of War trilogy, Kratos was freed from the Blades of Chaos and somewhat understandably given that they were used to kill his own family, wanted nothing to do with them. The problem was that the Greek gods were kinda pissed with Kratos’ god-killing rampage and decided to ensure that he would spend the rest of his days being haunted by his past.

The first of these curses was one granting him a very specific kind of immortality that would prevent him from ever taking his own life. Something Kratos realised when he tried to do exactly that at the end of God of War 3. This being a video game about stomping the balls off of minotaurs and ripping the heads off of gorgons, Kratos obviously does this by stabbing himself with a giant sword. 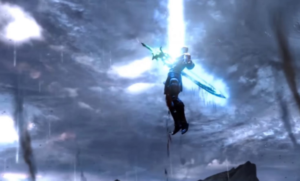 As for the second curse, this one prevented him from ever getting rid of the Blades of Chaos so that he would constantly be reminded of the things he used them to do. Something Kratos realised after he tried several times to be rid of the blades, only to find them sitting at his feet five minutes later through an inexplicably convoluted series of events.

For example, on one occasion Kratos hurled the blades off of a cliff, only for a freakishly strong gust of wind to blow them back towards him. An another Kratos dropped them into a still-as-glass ocean which instantly spawned a 40 foot high wave that washed him ashore. When Kratos dusted himself off he noticed the blades sat waiting for him by a rock.

Kratos apparently spent several more years trying to destroy or otherwise “lose” the blades only for this to happen each and every time. Eventually Kratos realised that he’d never be able to be rid of his sinful past and as a result, took to carrying them with him wherever he went. Which is why in the 2018 game Kratos inexplicably still has them despite, you know, the whole never wanting to use them again thing. Then again, it’s entirely possible that Kratos threw them away once again and they just magically appeared below his bed.