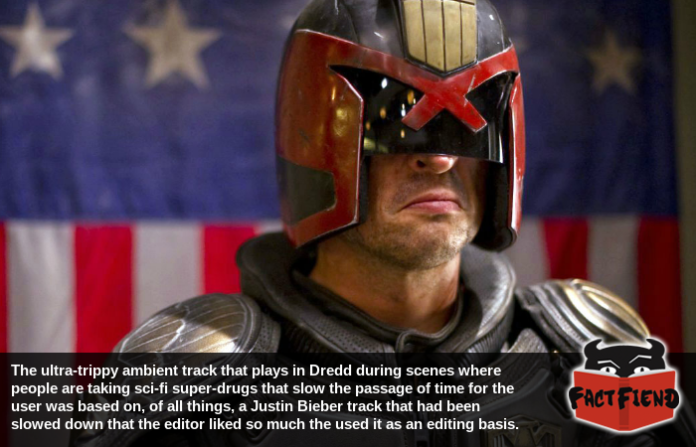 Dredd is a film in which a futuristic super-cop wielding a gun that fires armour piercing grenades who rides a sentient motorcycle somehow struggles to arrest a 120 lb drug addict played by Lena Headey. The film also features several slow-motion shootouts set to a song inspired by, of all things, a Justin Bieber track.

A sentence that probably raised numerous questions, most of which probably start with some variation of “the fuck?” so allow us to explain. The film is essentially one long arrest sequence in which the eponymous Dredd trudges through a future-skyscraper with his rookie partner to arrest a drug dealer wanted in connection with several murders. This being a film based on a comic book said rookie partner is of course a psychic with immaculately maintained bangs. 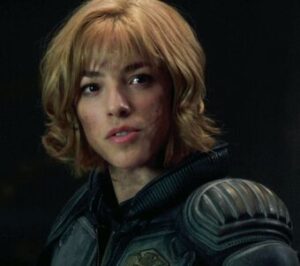 Anyway, a key plot point in the film is that many denizens of the afforementioned future-skyscraper are hopelessly addicted to a drug called Slo-Mo. A drug that, according to the film, makes anyone who takes it experience time at 1% of its usual speed, making the initial high it causes feel like it lasts for days. However, a side effect of this is that any pain the user feels when the drug is taken also feels like it lasts for an eternity. Something drug-dealer Lena Headey takes advantage of throughout the film, forcing people to take the drug as they’re being skinned alive. Which to us, sounds like a far more effective way to discourage use of the drug than the weird posters you see in the film. Then again this is a universe where the punishment for minor crimes is being sent a punishment cube so maybe people just don’t give a shit.

Anyway, as you might imagine, this drug plays a key role in several key scenes in the film, largely because it gave the filmmakers an excuse to make excessive use of slow-motion. Something they were so excited about they literally spent the entire production of the film dicking around with those effects to make them look as badass as possible. Which is where Justin Bieber comes in. 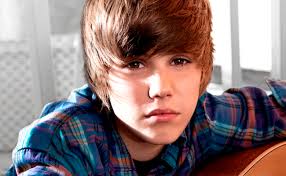 You see, whilst editing all of the slow-motion scenes, a guy called Geoff Barrow, a noted Judge Dredd super-fan, was given a chance to view and early cut of the film and upon viewing the slow-motion scenes told them that he knew exactly how to make the ultra violence really pop. Justin Bieber. Specifically, Barrow sent the producers a copy of the Bieber track U Smile that was 800 times slower than usual to showcase what he meant and when an editor set the film’s actions scenes to it, it was decided that the song had to be used for every slow-motion scene.

In fact, they were so convinced of this that the film’s composer was literally told to just copy the Justin Bieber track when composing the film’s actual score and we’re honestly not sure how to feel about that.