Different men react in different ways when they’re confronted by a superior specimen of manliness. Some men stand in awe, some get angry and if reactions to Sessue Hayakawa’s famed in the early 20th century are to be believed, some men just can’t fucking deal.

The main reason why men didn’t know what to make of Hayakawa’s looks was because, as you probably guessed from his bitchin’ name, he was Japanese. Which sucked for Hayakawa because at the apex of his fame anti-Japanese sentiments amongst the general populace were depressingly common. Which inxplicably didn’t stop him becoming a throbbing sex symbol to millions of American women who swooned over his smouldering good looks and soul-piercing sex gaze. 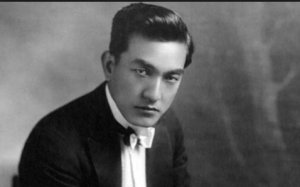 As an idea of how much women loved Hayakawa it’s noted that he receieved thousands of pieces of fan mail from women wanting his some of that Hayakawa-penis and screenings of his films were near unwatchable because women would scream endlessly whenever he appeared on screen.

This was kind of an issue for studios who wanted to cast Hayakawa because due to the astonishingly racist and bigoted attitudes of people back then, he technically wasn’t allowed to appear in a love scene with a white woman. Something that put studios in a rather unusual position of being unable to cast literally one of the most bankable stars in Hollywood in a role millions of white women wanted to see him play because they were worried it would upset a bunch of racists.

To get around this studios began casting Hayakawa in “forbidden lover” roles where he didn’t get to kiss the girl, but would still brood and act in a sexually domineering manner. Something that only served to make Hayakawa even hotter to the millions of sexually frustrated housewives watching his films. To be clear, that is absolutely note not a joke because it’s noted that one of scenes women lost their shit over the most was one in the film The Cheat where he brands a woman who fails to follow through on a promise to allow him to have sex with her in return for $10,000 with a hot iron. Women of the era are said to have screamed like they were riding a vibrating rocking horse during this scene and some outright fucking fainted because they couldn’t handle either the scene or how much of a pimp Hayakawa looked during it. 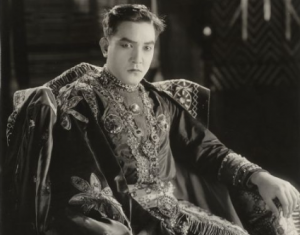 Hayakawa was just as popular with the women he starred alongside who constantly praised him for his professionalism and warm personality. In regards to the latter, Hayakawa was well known  and liked in Hollywood for his habit throwing outrageous parties at the giant castle-mansion he bought. Before we continue, no, that’s not hyperbole, Hayakawa literally bought a mansion shaped like a castle with his film earnings.

As if that didn’t make him sound like enough of a badass, Hayakawa also stockpiled enough hard liquor to continue throwing these parties during the age of prohibition and drove around in a gold-plated supercar for no other reason than fuck you, he could. In addition Hayakawa is known to have gambled away thousands of dollars every night and could often be found walking around smoking a giant cigar with 2 white women on each arm before he eventually settled down and got married. 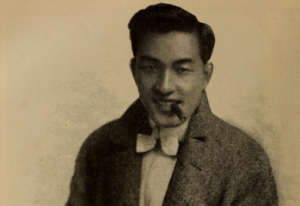 Antics like these understandably made Hayakawa popular with the general public who adored reading about his latest antics in the papers.

Now you’d think after reading all of that, Hollywood bigwigs eventually came around to the idea of Hayakawa being a sex symbol and just let him get his fuck on with a white woman in a movie already, right? Sadly that wasn’t the case and as WW2 started and anti-Japanese sentiments reached a fever pitch, Hayakawa moved to Europe where he helped the French Resistance in an unknown capacity. Even this wasn’t enough to sway some in Hollywood who still treated Hayakawa with suspicion after the war and refused to cast him in a heroic role.

Though reportedly hurt by this (Hayakawa always maintained his ultimate goal as an actor was to portray a heroic Japanese character), the actor didn’t let it stop him being the big-dicked swaggering badass he’d always been. Because of course it didn’t because how would you even go about stopping that much man?

That time the first Pong machine broke, because it made too much money