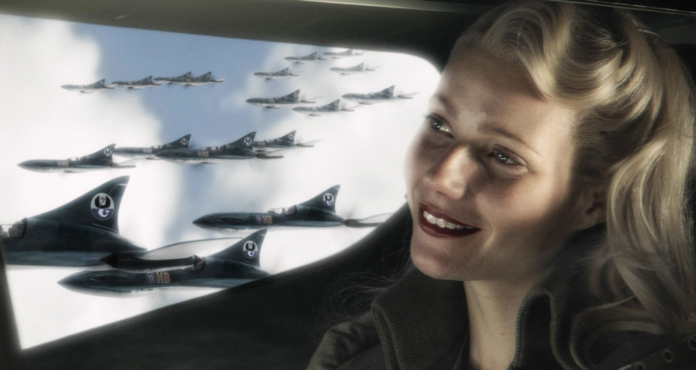 Laurence Olivier is widely considered one of the finest actors to have ever lived and his legacy in about as solid as a cast iron condom. That said, even the best actors have an embarrassing smear somewhere on their résumé, in Olivier’s case though that mistake wasn’t his fault. Largely because it happened a decade after he died.

Specifically we’re talking about the film Sky Captain and the World of Tomorrow, a film that was, shall we say, ambitious for its time with nearly the entire film being realised using CGI. The problem with this choice is that the quality of CGI at the time was, to put it diplomatically, lacking. Though admittedly the film did have a strong, or at least, consistent art style and direction the fact it was nearly two hours long and featured characters so paper thin you could read the newspaper through them made it really, really overstay it’s welcome. 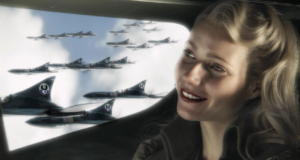 Now one of the more baffling decisions made during the production of the film was to never have the main villain, Dr Totenkopf, appear on screen until like the last 5 minutes, and even then, only have them appear by proxy as a low-rent Zordon-ass looking hologram.

Well the reasoning behind this is that the actor playing Dr Totenkopf, Laurence Olivier had been dead for 13 years when production began. In fact, he was so dead from so long ago that the kind of technology ordinarily used to “revive” dead actors today didn’t exist, forcing them to use heavily edited archive footage of Olivier and a stand-in voice actor to have him “appear” in the film. Which begs the question, why even bother? Well, apparently the blame for this rests squarely on the tightly toned shoulders of Jude Law. 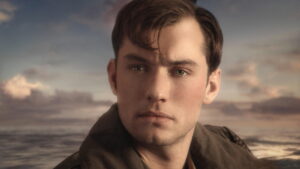 You see, according to people who worked on the movie the decision to have Olivier play the villainous Dr Totenkpf was Jude Law’s idea, with the actor reportedly being almost, unnervingly excited to resurrect the actor and piss all over his legacy. Hell, Law was even delighted at the idea of the film’s climax being woefully underwhelming by only having Olivier appear as, quite fittingly, a screaming digital visage of the late actor that is later revealed to be a mocking facsimile created by soulless machines intent on abusing his likeness for their own ends.

Like the film literally ends by revealing that Olivier’s character has been dead all along and that his image was used against his will to sell an idea he did not believe in. You literally couldn’t make this shit up. 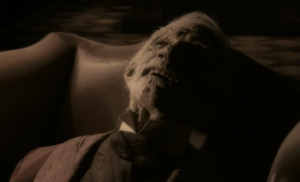 Anyway, in an interview Law was not only excited about this idea, but gave the twist of Olivier being dead away in press junkets and the like. Because everything related to this movies has to be woefully underwhelming anti-climactic it seems.

Now while the idea of resurrecting dead actors for a role was something done in movies before Sky Captain’s release, an important distinction is that it was largely done when an actor had died or something. Curiously one of the earliest examples of this also involves Olivier, specifically the film Spartacus which was re-released shortly after Olivier’s death and had an old scene restored with Anthony Hopkin’s voicing Olivier’s character as the scene didn’t have an audio track.

Moving on, the release of Sky Captain shifted Hollywood’s approach to this concept and showed that they didn’t just need to use this technology if an actor passed away unexpectedly or something and that it was, in fact, entirely possible to loosen the icy grip of death from an actor’s soul and force them to suffer in digital agony for our enjoyment. Forever. 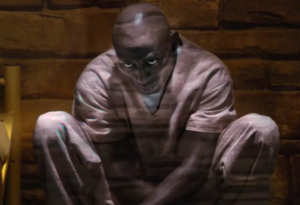