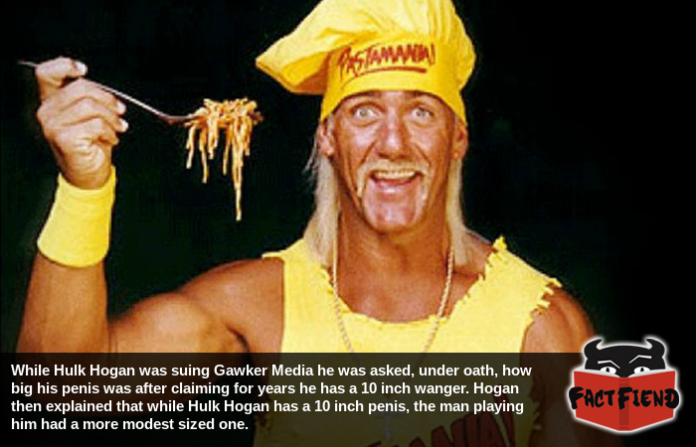 Hulk Hogan is a pretty larger than life character, which well, is fairly evident to someone with even the most cursory knowledge of who he is given he’s largely famous for spending 4 straight decades leg dropping people from the upper stratosphere in a yellow bandanna. Weirdly, Hogan is so committed to maintaining this persona that he claims, rather bizarrely, that his penis is bigger than, well, his penis.

You see, for anyone who doesn’t know Hulk Hogan’s real name is Terry Bollea, which isn’t  that strange because plenty of professional wrestlers compete under a different or assumed name. 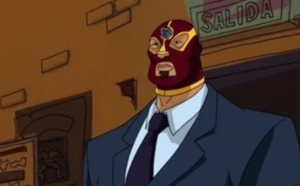 To explain, in the early 2010’s Bollea sued the everloving shit out of Gawker Media for releasing a tape of him ploughing a friend’s wife. A friend that we feel compelled to tell everyone goes by the name Bubba the Love Sponge. Now Bollea eventually won that suit, being awarded $100 million, a fact he celebrated we shit you not, by tweeting out this image. 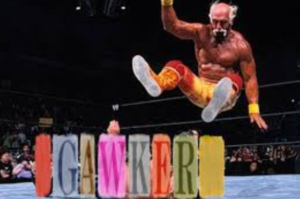 As is wont to happen with a court case revolving around a sex tape a number of more, intimate details about Bollea’s sex life came up. Specifically the size of his penis. To explain, during his lifetime Bollea has bragged on numerous occasions about the size of his man-gherkin, claiming amongst other things that it’s 10 inches long.

This inexplicably ended being brought up by Gawker lawyers who noted, rather coyly that in the sex tape they released you can clearly see that Terry Bollea does not have a near foot-long baloney pony. Ignoring the stifled laughs from the jury Bollea calmly explained that he made those comments he was in-character as Hulk Hogan and that he was talking not about his penis, but Hulk Hogan’s. This prompted the stunned Gawker’s laywer to ask Bollea directly if he had a 10 inch penis, to which he responded simply, “no” before adding that Hulk Hogan does though. 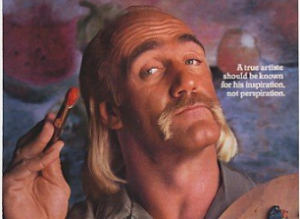 Yes, Bollea genuinely explained, under oath, that his dick is smaller than that of the character he plays on TV and here’s the thing, it fucking worked. The courts agreed that Bollea bragging about having a marrow-sized wang in-character as Hulk Hogan didn’t change the fact the Terry Bollea was entitled to his privacy and they ruled in his favour.