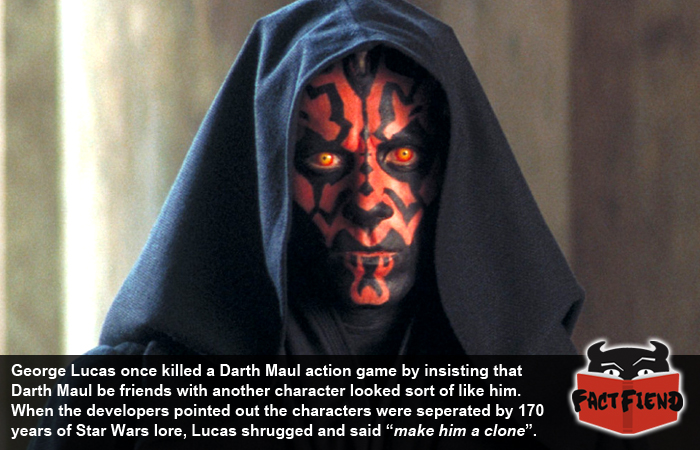 Darth Maul is virtually the only thing from the Star Wars prequel trilogy era, with the obvious exception of podracing, that fans almost unanimously agree was pretty fucking dope. Which is why it’s kind of annoying that a potentially amazing game about the Sith Lord was scrapped because George Lucas wouldn’t stop making stupid insane demands.

The game, which during development existed under several monikers and codenames including Battle of the Sith Lords and more simply, Maul, was developed by Red Fly Studio who had previously helped develop the Wii port of, Star Wars: The Force Unleashed II, a game that was ultimately deemed superior to the versions released on other consoles despite Red Fly having limited time and access to the original game assets, forcing them in many cases to simply make them from scratch.

Because of the high quality of the port which rubbed its balls all over the versions found on supposedly “more powerful” consoles, Lucasarts kept Red Fly’s details on file and later approached them about the possibility of making a game centred around Darth Maul, an offer they readily accepted because Darth Maul is a badass and they were excited about exploring the Sith Lord’s origin story.

Which is when Red Fly were informed by Lucasarts that the story should probably revolve around Darth Maul’s adventures after the first prequel movie, to which employees at Red Fly responded “wait, he survived?“. Now fans of Darth Maul or those who watched the Clone Wars TV show probably know that Darth Maul survived being cut in half at the end of The Phantom Menace by crawling into a garbage chute and making himself a pair of robot spider legs, Red Fly however had no idea about this, in part because Lucasarts wouldn’t tell them shit. In fact, the only thing Red Fly were told is that Darth Maul survived and that he had robot legs and a brother who was green, since Lucasarts were paranoid about any bigger spoilers leaking because they were still developing the aforementioned Clone Wars animated series at the time.

With so little to go on, Red Fly instead focussed on making the game as kick-ass as possible, likening its gameplay to the critically acclaimed Batman: Arkham series, with Darth Maul being able to move fluidly about the environment using space-parkour and strike at enemies from the shadows using his space-fists. To differentiate Maul from the protagonist of the Force Unleashed series, who used his force powers to throw stormtroopers into orbit and taze rancor’s right in their nutsacks, Maul’s force powers were linked to how much fear he was currently inspiring in his enemies, similar to the Batman games where you can make enemies shit their pants by hucking batarangs at their dickhole from 800 yards away. The basic idea was that you could power up Maul’s force powers by assassinating enemies and generally fucking with them by knocking lamps over and shit. 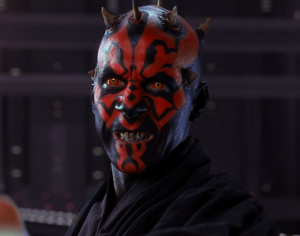 According to employees who worked on the game, the mechanics were actually all working pretty well when they pitched the game to Lucasarts and they’d even managed to implement a feature fans of been clambering for in Star Wars games for decades, the ability to actually cut people’s limbs off with a lightsaber without using console commands. Which is when everything started to go badly.

During their first meeting with Lucasarts, Red Fly hit an immediate roadblock when the company informed them that when they mentioned that Darth Maul had robot legs, they actually meant he made himself a stupid looking set of spider-like robot legs, prompting an employee present to audibly exclaim “Oh God, we have to put a robotic spider body on fucking Darth Maul! What the hell!“. Luckily, Lucasarts informed them that Maul did eventually get regular robot legs, so their initial design could still be used.

After being given some more clarification about what the Clone Wars show entailed for Darth Maul, Red Fly became a little uneasy about being constrained to such a rigid framework for their game and requested to go back to their origin story idea, which is when they got another message back from Lucasarts asking them to fit Darth Talon into the game somehow. For anyone who doesn’t know who Darth Talon is, she’s a pretty badass character from the Star Wars comics who sort of looks like Darth Maul. She was also born a century after he died.

Eventually George Lucas himself decided to step in and tell the studio exactly what he wanted from the game. As later recalled by a member of staff from the studio who wished to remain anonymous, Lucas stood up right in the middle of their pitch, walked over to a nearby table displaying a model of Darth Maul and another of Darth Talon, put them next to one another and said “they’re friends“. Nervous Red Fly executives, who’d explicitly been told not to correct Lucas about anything to do with Star Wars prior to the meeting, raised their hand and asked Lucas how this would work, considering they lived a century apart. Lucas, without missing a beat, shot back “make him a clone” of Darth Maul or something. To give props to Red Fly, the story they came up with in the end involved Maul having a secret son that was going to be trained by his ghost, which actually sounds pretty metal, however, they never heard back from Lucas about whether this worked because he’d already ruined the game by suggesting, another change.

More specifically, Lucas wanted the game, instead of being a game where you played as Batman with a lightsaber, to be a sprawling story where the player “could tell the game what type of story they wanted“, which made no sense to anyone at Red Fly but they were too terrified to interrupt Lucas and simply smiled and nodded before going back to their studio and churning out a shit-ton of concept art, hoping that someone, anyone at Lucasarts would see it and say “Yoooooo!” and realise the potential of the idea. 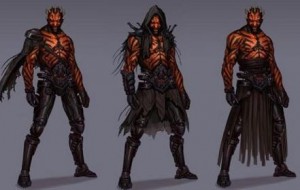 The meddling didn’t stop though and even when Red Fly presented Lucasarts with a competent fighting system that allowed Maul to decapitate enemies with lightning precision and backflip kick like amotherfucker, they insisted that they also include a dedicated blaster deflecting mechanic, that didn’t slow down the game. Which they did, only to have Lucasarts inexplicably stop returning their calls, two weeks later that received a terse email simply titled “Maul Termination Letter” and that was it, years of work, concept art and kissing George Lucas’ ass was thrown in the trash. Technically the game is still in development and Red Fly have expressed interest in reviving it, but given that it would involve gutting stormtroopers and force-punching Jedi throats across the room, it’s unlikely Disney will sign off on the idea.