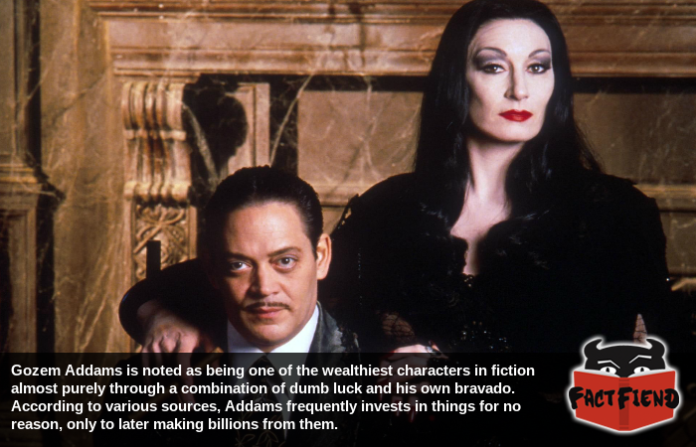 We think most people would agree that Gomez Addams is one suave-ass motherfucker. Armed with a set of suits sharper than the fins of an origami shark and an endless supply of cigars, Addams’ lavish lifestyle is funded by a series of bizarre investments that inexplicably paid off.

Exactly how much money Gomez Addams has isn’t really clear since there’s some discrepancy between the various comics, TV shows and movies in which the character has appeared. However, the consensus seems to be that Addams is at the least, a multi-billionaire. 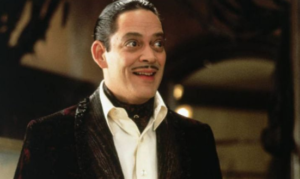 Much of the Addams fortune reportedly comes from his family, with the character said to be the distant descendant of both Castilian royalty and British aristocracy, all of whoms money Gomez has inherited and keeps in a big pile in the basement of his palatial, spook-mansion. 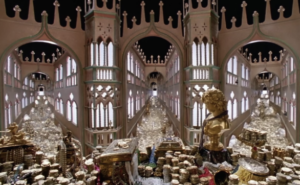 Apparently not content with living off his daddy’s money, the various comics and TV shows the character has appeared in have established that he has diversified his financial interests to the point he himself forgets what much of them are. While most of these holdings are in keeping with the eccentric nature of the character like a tombstone factory and a crocodile farm called, get this, Crocodiles Unlimited, many of them ended up being incredibly lucrative investments almost entirely by accident. 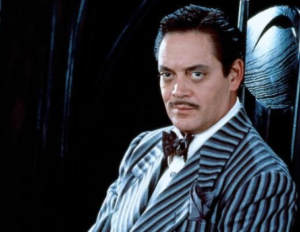 For example, one comic notes that Gomez bought a swamp purely for it’s “scenic value” only to later discover a massive oil reserve just below it that made him millions. On another occasion Gomez bought a mummified hand just because he liked the look of it and upon doing some research discovered it belonged to a long-dead pharaoh and was in fact, a priceless historical artefact.

Gomez also reportedly enjoys buying stock in companies that are floundering financially because he wants them to fail only for his last minute investment to inexplicably save the company, making him millions in profit he doesn’t know what to do with. Addams reportedly has his fingers in so many business pies that he routinely forgets that he owns entire fucking companies.

As anyone who’s watched any Addams Family related media likely already knows, Gomez has little to no regard for the money he has, thinking nothing of spending $1,000 each and every month on cigars or $20,000 on an item at an auction he donated. 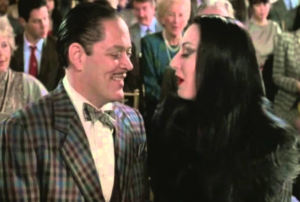 All things that barely make so much as a dent in his net worth because he’s so fabulously wealthy that he literally cannot spend his own money fast enough. This resulted in no less of an authority than Forbes deeming him the 12th richest character in fiction with an estimated net worth of $2 billion in 2007 money or roughly $2.5 billion today. Which may not sound like a lot compared to the likes of Tony Stark but is sure as shit a lot more than you’d expect a guy who owns a crocodile farm to have in his back pocket.