When it comes to the world of painting the name Giotto of Florence carries more weight than a dumptruck made of adamantium. A painter and sculptor of near-unrivalled skill, Giotto became a veritable legend amongst his peers thanks in part to the empty sack of fucks he carried with him at all times.

Active during a period of time known rather awesomely as the freaking Proto-Renaissance in the 13th century, Giotto was personally responsible for the creation for dozens of pieces of art considered to be masterpieces today. Like this fresco of two people who are clearly about to get their fuck on. 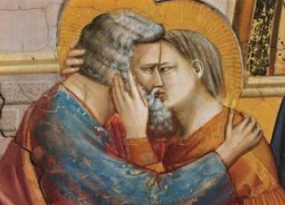 However, while Giotto’s skill as an artist was beyond reproach it was his affable, magnetic personality and the seeming ease with which he created pieces of art that made him really popular. For example, a popular story about Giotto notes that the artist was once approached by a messenger sent by the Pope himself.

Now said messenger had been giving the unenviable task of tracking down the best artist in Italy to asking them to create the most dicksmashingly awesome work of art they could think of for St Peter’s Basilica. The story goes onto say that after arriving in Giotto’s workshop the messenger asked the artist if he’d be interested in the commission and upon being told that he was, asked for something he could show to the Pope to demonstrate his skill. Giotto thought about this request for a moment before grabbing a nearby sheet of a paper onto which he casually drew a perfect circle as easily as a bored teenager would draw a comically large dong on a picture of a giraffe. 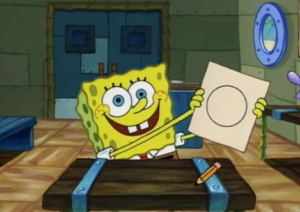 The messenger, not fully grasping how difficult a task freehand drawing a perfect fucking circle was, assumed Giotto was insulting the Pope and got kind of annoyed. After a few heated words were exchanged between the pair the incredulous messenger then asked Giotto if he really wanted the quality of his work to be judged on a single drawing that took him like 5 seconds. Giotto simply nodded and went back to his work, leaving the dumbfounded messenger with the drawing and his assertion that all would become clear when the Pope saw it.

As Giotto predicted, the Pope was initially confused about why in the hell one of the artists had sent a single drawing of a circle as an example of his skill until the messenger described how Giotto had drawn it freehand in just a matter of seconds. Upon hearing this the Pope threw aside the other drawings and immediately awarded Giotto the commission.

On another occasion, this time when Giotto was a mere painter’s apprentice, he again astounded his peers when he was tasked by his master with drawing some background details onto a painting he’d just finished. After doing as he’d been instructed a bored Giotto decided to play a prank on his master by painting a single, hyper-detailed fly onto the canvas. 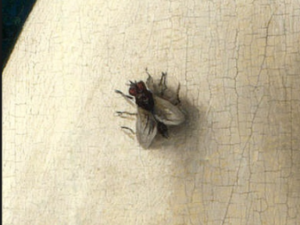 The fly was so realistic that when Giotto’s master returned he tried to shoo it away and became increasingly frustrated when the insect stubbornly refused to move. It was only when Giotto’s master tried to physically slap the shit out of the fly that he realised it was actually a part of the painting, prompting him to give the young Giotto the 13th century equivalent of a high five for being so darn talented.

Along with being a wizard with a paintbrush, Giotto was known to be something or an artist with his words, which was probably a good thing given he was also known for being fuck ugly. 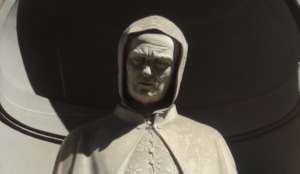 You see according to legend Giotto was so unpleasant to look at that many of his peers openly made fun of him for it, which as far as we can tell, didn’t bother the artist all that much. In fact, according to one story Giotto was stood in his workshop with Dante (yes, that Dante) when the poet comment on how ugly his children were. In particular Dante pointed out how amusing it was that a man capable of creating such astonishingly breathtaking art had fathered such plain-looking children. Without missing a beat Giotto gave Dante a playful slap on the back and said something along the lines of “Well my friend, to be fair, I did make them in the dark.” Presumably just as a pair of sunglasses with middle fingers etched into the lenses materialised onto his own face.