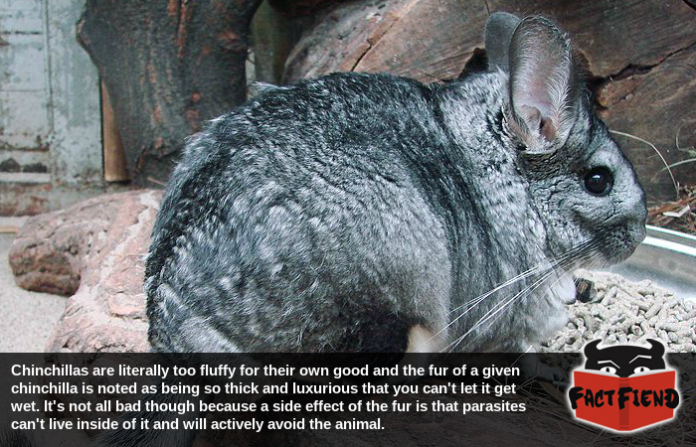 According to mammal experts and fuzz enthusiasts, the chinchilla possesses, quite literally, the densest and softest fur of any living mammal that resides on dry land. A quirk that means the chinchilla, not unlike a mogwai, can never get wet.

So luxurious is the fur of a chinchilla that soon after being discovered the creature was hunted to near extinction by people wanting to look especially pimpin’. 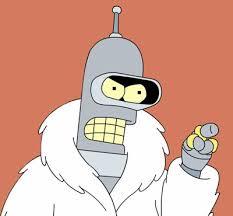 Dickhead fur coat owning humans aside, the creature is also a popular pet because well, have you seen how fuzzy they are? They look like a wet ball of string someone rolled across a barbershop floor. As you might expect for a creature that hails from the mountains of South America, chinchillas aren’t exactly easy to look after and require specialist care and knowledge to ensure they don’t, well, die. One of the most counter-intuitive aspects of which is the fact you can’t ever let one get wet. 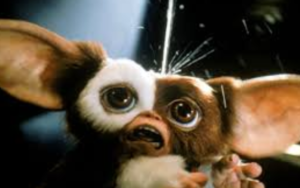 Why? Well to put it simply the ultra-soft mega-fur of the chinchilla is so thick that it absorbs an almost unreasonable amount of water. Water the chinchilla is unable to get rid of meaning it stays wet, forever. This will eventually cause fungus and bacteria to grow in the chinchilla’s fur, resulting in it getting sick and dying.

For this reason chinchillas can’t bathe normally and must instead be allowed to roll around in especially fine dust to clean themselves. A curious side effect of this being that it makes chinchilla fur even softer to the point the creature is almost wholly hypoallergenic. Meaning a person who’s ordinarily allergic to things like cats or dogs can shove their face into a pile of chinchillas without issue. Something we hope to try at least once in our lifetime, just to see.

The comparisons to the mogwai from Gremlin movies don’t end with an aversion to water though because chinchillas also intensely dislike strong light to such an extent that experts recommend you never place one in direct sunlight. Whether or not this would cause a chinchilla to explode into a gooey skeleton because nobody has ever tested this theory but we’re going to guess that it would. 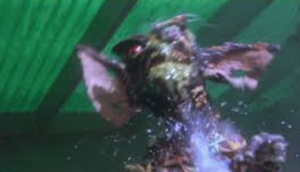 It’s not all bad for chinchillas though because the denseness of their fur actively protects the animal from things like fleas and even parasites, neither of which can deal with that much fuzz. Meaning yes, chinchillas are too fluffy to get fleas. A fact that makes us wonder who we’d have to pay to genetically engineer a dog that fuzzy.