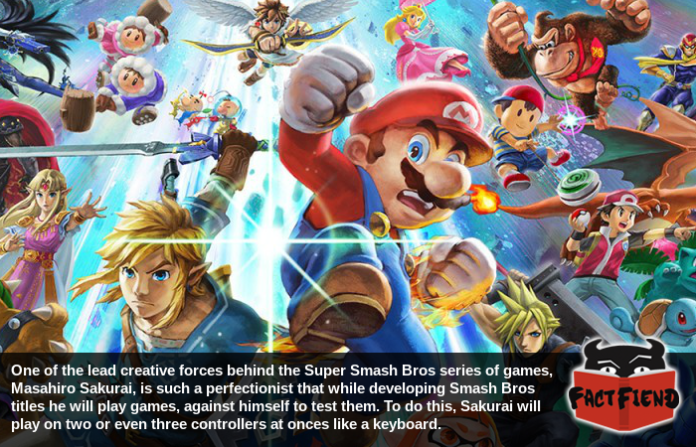 The games in the Super Smash Bros series have been consistently lauded as some of the most finely polished ever released. A fact almost entirely attributed to one man, Masahiro Sakurai, a large-penised director-man so committed he regularly tests his games by playing against the only man he considers to be a worthy opponent. Himself.

Famed in the industry for his work ethic and seeming inability to take what humans refer to as “time off”, Sakurai would self-admittedly work 7 days a week whenever it was time to rock everyone’s collective shit with a new Smash Bros game. 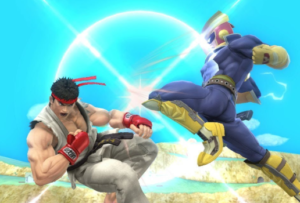 In fact, Sakurai’s staunch refusal to ever take time off resulted in him developing calcific tendonitis in his right shoulder in addition to (extremely painful) muscle ruptures. Injuries no doubt caused and inflamed by long hours spent testing a video game on which he personally oversees every fucking frame of animation.

Now while you’d think having one of his arms in a sling would prevent Sakurai from playing video games at all, let alone with any finesse. However, in an article discussing his injury Sakurai laughed off the pain and noted that the most frustrating part for him was that he could only play Metal Gear Rising: Revengeance at home after work with his left hand. A game it should be noted tasks you with fighting a giant robot spider powered by America and a football-playing senator with the ability to headbutt a sword in half.

Curiously despite only having the use of one hand Sakurai was still able to test the latest iteration of Smash Bros he was working on at the time. Which may not sound all that impressive knowing that he was playing a hyper-fast action game at home with his left hand until you realise he would test the game by playing two characters, at once, using two different controllers with his bad hand.

As if this isn’t ridiculous enough, at times when he isn’t being held back by injury Sakurai has been observed casually controlling three characters independently using three different controllers, all laid out in front of him like the world’s most intimidating keyboard. A skill he supposedly developed during his play-testing days where he inexplicably discovered that if he contorted his hands like they were replicating a move from the Karma Sutra, he could hold two controllers at once.

Over time Sakurai developed a more refined method of controlling multiple characters, leading to the aforementioned keyboard technique. Which begs the question, why?

Well the story goes that Sakurai personally oversees almost every aspect of development when he’s making a Smash Bros game and to this end, plays against himself to make sure everything is in order. Exactly how good at the game Sakurai is, is a matter of some debate because he never seems to play seriously, but we’re going to guess a guy who can play two characters at once with his shit hand while ignoring almost unthinkable pain is probably pretty fucking good.